Home Windows 10 Limit the use of Windows Defender CPUs 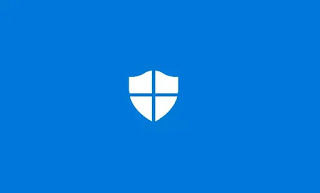 Windows Defender is the Windows 10 antivirus, pre-installed and preconfigured, which is automatically activated on the PC making the installation of an antivirus program superfluous. Windows Defender is absolutely an antivirus up to the situation, considered among the best in the rankings and updated by Microsoft in every new version of Windows 10 with new security settings.
Windows Defender works silently on the PC, with real-time protection that works in the background, continuously scanning new files generated by the programs or downloaded from the Internet. It never runs full system scans while using the PC, but only at times when no activity is detected, when we leave the computer turned on and do nothing. Thus the Windows 10 antivirus should not slow down your computer when you are working.
Although this configuration is quite efficient, it is still possible configure Windows Defender to consume less CPU during its scans so that it never takes up all the processing power of the computer, always leaving resources for other activities. This can be useful in cases where you often leave your PC to download or perform jobs with programs that require a lot of resources, on computers with slow hard disks and without SSDs, on older PCs and even on computers that are not turned on every day , to make sure that at startup you don't have to wait for the antivirus to do all the checks.

Without need of disable Windows Defender on PC and without having to disable the real-time protection option, Microsoft has documented a method to restrict Windows Defender CPU usage which only requires you to run a small command in PowerShell, obviously with administrator rights.
The command changes the percentage of the total CPU processing power used by Windows Defender antivirus, with a customized value.
By default, Windows Defender can use up to 50% of the CPU, so you can limit it to 20% or even 10% (you can't put 0) if you want to make sure that the antivirus can never prevent running other programs due to CPU overhead.

From the Start menu, search PowerShell and then click on it with the right mouse button to execute it with administrator rights. In Powershell, write the following command and replace the number at the end with the percentage of maximum CPU utilization that you want to dedicate to Windows Defender.

READ ALSO: Configure the antivirus so that it does not slow down the PC during scans and checks

Twitter: in test the button for subtitles and third-party apps for security