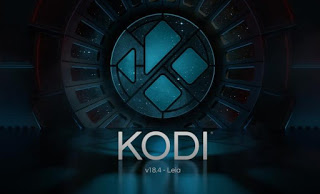 In Windows 7 and in Windows 8.1 we could find it Windows Media Center, a complete application for watching DVDs, watching TV in HD and turn your computer into a multimedia platform all in one, even to watch TV programs (also in DVB-T or digital terrestrial) and movies downloaded to your computer’s hard drive. Unfortunately, Microsoft has decided to make it disappear from Windows 10 and no longer support it, removing technology and multimedia enthusiasts from a practical and fast tool to obtain a complete and efficient multimedia center.
If you are also looking for such a product, it is worth seeing what are the best Media Center programs which you can download to Windows PC to have a complete multimedia station on your computer, to be used to get a Homemade Netflix.

It must be said that these programs can be used as computer multimedia players (see best media players like VLC), but in fact they stand out because they provide a multimedia interface to manage multiple different contents with the remote control or smartphone and allow the integration of numerous streaming services via the internet. Of in fact, these programs are used by those who use the computer connected to the TV or Smart TV , as a valid replacement for the traditional DVD player or any other device that plays and records movies and music.
If we do not know how to connect our computer (fixed or portable) to the TV, we recommend that you first read our guide on how Connect PC or laptop to TV to watch videos and movies.

Kodi is the best open source program capable of replace Windows Media Center on any PC.

Kodi can be downloaded for free for Linux, Mac and Windows and can be used to watch television on your PC, record broadcasts, change channels and manage the player with a remote control or via the Android app and in fact add a recorder and home theater to the TV with a single program.
The graphical interface is beautiful, light and fluid, as are numerous add-ons that we can add to expand the functionality of the media center (for example IPTV and video from the Web). Kodi can be used for play almost all audio and video formats (including HD videos in the MKV format) and is also compatible with streaming streams via the internet or to spread streaming streams on other networked PCs.
Once tried Kodi we will hardly try other similar programs, given the large amount of add-ons and features that we can use, as seen in our guides With Kodi, every PC becomes a media player even for TV is Getting Started with Kodi: Setting Up and Adding Content.

A good open source alternative to Kodi and Windows Media Center is Emby, a new media center with a clear and fast interface.

It works both as a media server (that is, it indexes the multimedia contents present on PC or other sources) and as a media center, displaying in a very practical interface to use all the contents that we have indexed with the other component.
By installing Emby we will therefore have a DLNA server easily accessible from any PC or from Smart TV connected to the same network and a media center app that we can install on Smart TV, console and TV Box to start playing our content.
Emby allows you to manage IPTV lists, view TV channels from a tuner for digital terrestrial or satellite and record any content viewed via the network.
To learn more about this media server / media center, please read our Guide to Emby, the universal media center for PC, TV, smartphone and tablet.

Among the most complete free media centers we also find Plex, available both as a media server and as a pure media center.

By installing it on a PC or on a NAS it will allow you to index all the contents complete with posters, information and subtitles (where available), so that you can view them via the DLNA server or through the Plex apps that can be installed on all Smart TVs, on TV Boxes and on portable devices. Among its functions we also mention the real-time transcoding system, which allows you to view any movie on Chromecast or other devices without codec or content problems (for example Chromecast base could not play MKV or files with AC- audio codec 3, which is possible with Plex).
On Plex we have created various guides to read: How to download Plex on PC, TV, Android, iOS, NAS is Complete guide to Plex, the media player with active transcoding.

Other alternatives to Windows Media Center

The programs seen so far are undoubtedly the best we can use, but the panorama of media centers is wide, as visible in the following list:

Even if Smart TVs now allow you to view anything in streaming or via DLNA server, it can be very useful to know the Media Center programs to be used on PC, so as to be able to keep the entire multimedia collection under control when we are at the PC.

In another article we told you about programs to watch TV channels from PC TV Cards.
If, on the other hand, we are looking for DLNA compatible multimedia servers, we invite you to read our guides Guide to DLNA servers is Pool folders of document pictures and music.

Free VOIP phone calls from the internet, from PC to phone

App to erase data on iPhone and clean memory

Wireless speaker boxes to carry audio in every room or outside