We discover in this guide the best Christmas games for Android and iPhone, to play with Santa Claus, for children of all ages 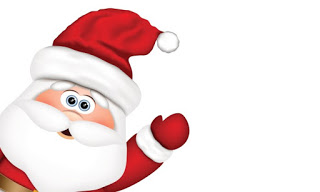 With Christmas just around the corner, we can start preparing all our devices for the event, setting themed wallpapers, changing the ringtone and, why not, playing some video games inspired by Christmas and its classic characters (Santa Claus, elves, etc.). ).
If we don’t know which games to install we have prepared in this guide a small collection of the best Christmas themed games app downloadable for free for Android devices and for those who own an Apple (iPhone or iPad).
In this way, we will be able to pass the most boring moments of the Christmas holidays by playing fun titles, suitable for children of all ages.
We just have to wish you a Merry Christmas and a happy holiday!

Christmas is a particularly heartfelt feast for children because Santa is coming and bringing presents to everyone!
Santa Claus thus becomes the undisputed protagonist of Christmas-themed games available on all platforms.
As a genus we find instead:

– Simulative: it may seem strange but there are games available in which we can record a vocal message or a personalized video to have it repeated by Santa Claus “in the flesh”, so that the children remain open-mouthed to hear their darling’s name and surname and date of birth (so as to make sure that the message is addressed to them).

– Fake calls and messages: the simplest apps simply allow you to emulate a fake Santa Claus call or receive messages in which Santa warns of his arrival and the gifts he has prepared for the little ones.

– Strategic: some games require you to manage the village that Santa Claus has at the North Pole, so he can generate enough gifts for all the children in the world (Farmville style).
These types of games are obviously reserved for slightly older children, as they require skill and attention.

– joking: shave Santa Claus!
Other types of games are structured to entertain the children with some tricks like removing the beard of Santa Claus or his collaborators with a razor.
Obviously nothing vulgar or bad, only games that can make a child smile.

– educational: these games allow children at an early age to learn numbers, shapes, and colors using the Christmas characters as a base so that children can learn while having fun even under the Christmas holidays. 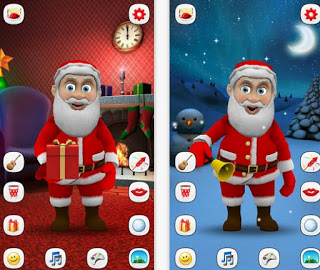 There is nothing better than playing with a Santa Claus who speaks and interacts with the user based on the part of the screen pressed.
It will thus be possible to entertain the younger children with the figure of Santa Claus throwing snowballs, offering a gift or singing and dancing!
The app is very simple and available to everyone, and you can change the background to interact with (ranging from snow in the mountains to a fireplace in a house).
We can download the free app from here -> Talking Santa Claus (Android) e Talking Santa Claus (IOS). 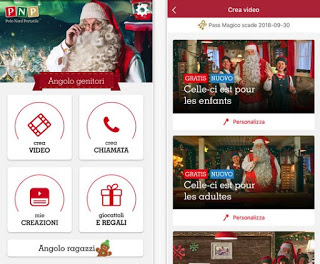 With this app, it will be possible to impress children of any age by creating personalized videos, fake calls and anything else with Santa Claus as the protagonist, who will dictate greeting messages for you!
If you are looking for a way to impress children with a message coming directly from Santa Claus, this app is for you!
It also has a built-in recorder, so you can save the child’s reaction to a video file as soon as Santa Claus appears on the screen and greets him.
The app can be downloaded for free from here -> North Pole Portable (Android) e North Pole Portable (IOS). 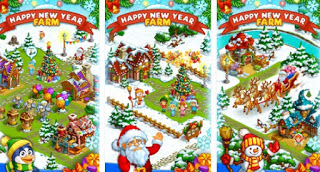 With this strategy game, we will have to manage the village of Santa Claus, trying to produce as many gifts as possible and embellishing the territory held by Santa Claus at the North Pole.
We will be able to build new houses and game factories, help Santa with gifts for the children, grow hay every day for the reindeer, receive letters from all the children of the world and finally send the sled full of gifts for the usual tour of Christmas’ Eve.
For missions we will receive sweets and biscuits as a reward, to be used to build new structures or to beautify the landscape.
You can download this game for free here -> Santa Claus Factory (Android) e Santa Claus Factory (IOS) 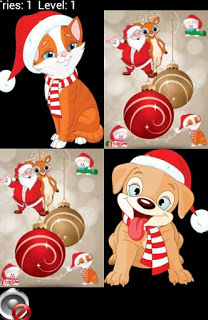 If we are looking for something more educational with a Christmas theme we can download this fun and educational game.
Thanks to its levels we will help to develop the motor skills, imagination, and creativity of the child thanks to the help of the forms, the recognition of images and the correct pronunciation of the displayed number.
We can download this game only for Android devices from here -> Christmas games for children
The corresponding game (but with different developer and levels) can be found on iOS with another name here -> Free Christmas games for boys and girls (IOS)

5) Christmas Cookies (Android and iPhone) is a game similar to Cancy Crush, were to match Christmas cookies by aligning them to match.
There are over 700 levels, special events, and various challenges to stay busy during all the Christmas holidays.

6) Happy New Year Farm: Christmas (Android and iPhone) lets you visit Santa on his farm at the North Pole and build snowmen, give gifts and make cookies.
Mechanically, this is a city building game, where to touch to build and collect things.

7) Winter Solitaire (Android) is a solitaire of Christmas themed cards, with Santa Claus encouraging us.

8) Delicious – Emily’s Christmas Carol (Android and iPhone) is a cooking game with Emily that manages her customers by fulfilling their orders, serving them on time to collect more tips.

9) Christmas Games: Toy Party (Android and iPhone) is a perfect app for kids, with various simple and fun games to pass the time. 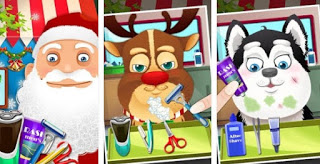