Do you want the best room games on your mobile device? Here are the best bowling, darts and billiard games for Android and iPhone.

Among the most popular hall games, there are certainly bowling, darts, and billiards, which have always been a source of fun among friends when you go to a game room equipped to play this type of game.
But if you want to train even when you’re not in the arcade you can use games designed to let you relive the fun atmosphere of an arcade on your smartphone or tablet.
This is why I have collected in this guide all the best bowling games, darts, and billiards that you can install both if you have an Android device and if you have a latest-generation Apple device (ie iPhone and iPad).
All the games I will report to you can be downloaded for free and in most cases, they also offer the possibility of facing opponents in the flesh by mode online multiplayer, so as to put your skills to good use immediately. 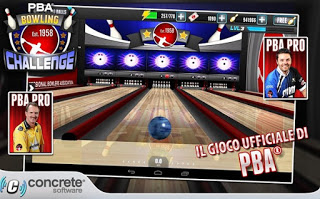 Bowling is the most famous room game along with billiards. As in reality, even with the app, you have to hit 10 pins with a different weight and shape ball trying to strike (throw down all the pins with just one shot) or spare (throw down all the pins with the two shots). Each round is decided by the number of skittles fallen and the extra points assigned to those who make a strike or spare. There are 10 rounds, with the last one providing the ability to make 3 consecutive strikes.

The best app for bowling on Android smartphones and tablets

The best bowling games available for iPhone and iPad: 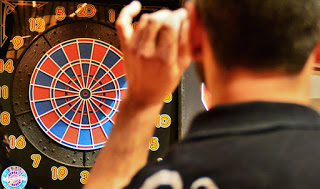 The darts are a very popular game in the halls and bars set up with the classic colored target, where the competition is really very high if you are good at the launch.
The aim of the game is to remove all the predefined points by hitting (for each round with 3 arrows) the targets of different values.
The center (Bull-eye) is worth 50 points, while the circle surrounding the center is worth 25 points.
The other “wedges” have the same value based on the number reported (from 1 to 20).
Around the segments, there are two concentric circles (internal and external): strike the portion of segments in the doubled circles (outer circle) or triple (the inner circle) the points are shown in the specific segment. Compared to the legend that wants the center as the target to make more points, the most points per round can be done with the segment of the triple of 20 (60 points), which for 3 throws means 180 points (against the 150 of 3 centers consecutive).
To close the match you have to get to 0 (without going bust) closing the last throw with a center or a double (then hit the outer circle): if you have 50 points remaining you can win by winning, if you have 12 points, for example, you can win hitting the outer circle on segment 6 (double).

The best darts games for Android:

The best darts games for iPhone and iPad 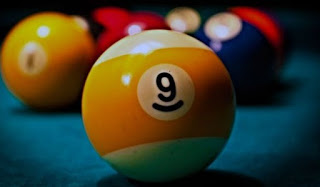 If you enter a game room you will surely find one or more pool tables.
The billiards in which you use the holes you can play it in two ways (even if there are so many variations I concentrate on the most played ones): “15 balls” and “8 balls”.
In the 15 ball pool, you have to pocket all the balls in sequential order (from 1 to 15). The points are calculated on the real value of the pocketed balls, always following the order.
The “shore” points are valid, that is the points generated by balls that end up in the hole after having touched the regulation ball or the balls pocketed by the white ball after having always touched the regulation ball (the one to the pocket to respect the sequence).
In the “8-ball” billiard table, the first ball that I squeeze (or that the opponent pours into) will decide which balls you have to pit: if you shoot a full ball (from 1 to 7) you will have to hit only the remaining full balls, if you shoot a lined ball (from 9 to 15) you will have to hit only the remaining striped balls.
The 8 balls (black ball) should be pocketed only after having thrown down all the balls in its own series, plus it is necessary to declare the hole where you intend to send it (in some variants it is only the central hole opposite to the shooting hole).
Sinking the ball 8 before finishing the sequence means losing the game, so watch out for the banks or when you shoot close to the ball 8.

After refreshing the rules for play billiards on Android smartphones you can try these apps:

Here are the following billiard apps for iPhone and iPad

How to ask for refunds on the App Store

How to import contacts from iPhone to another mobile

Buy PC components at the best prices (guide and advice)