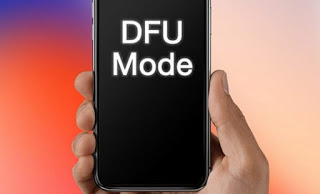 Even if the iPhone has a very stable and easy to use the operating system, it can happen that it “gets stuck” or freezes during some delicate operations such as the system update or during the execution of unauthorized procedures such as the Jailbreak.
In these cases the iPhone seems dead and does not react even after repeated reboots, giving us the feeling of having permanently destroyed our device. Thankfully we can still bring the iPhone into a secret recovery state, called DFU (Device Firmware Update), in which it is possible to restore the operating system and return to having a fully functional iPhone, even at the expense of personal data (which will inevitably be deleted in the process).
In this guide we will show you in detail how to activate DFU on iPhone, so you always have at hand the procedure to reset the phone in case of serious problems.READ ALSO: Dead iPhone recovery, if it no longer turns on or does not charge the battery

How to activate DFU on iPhone

The procedure to be performed is compatible with all iPhones still supported by Apple, including models after the iPhone X. We carefully follow all the steps, so that we can correctly restore the locked device.
Unfortunately, in this mode it is not possible to recover personal files on the iPhone in advance; to recover these files we will have to check if there is an iPhone backup on iCloud, as seen in the guide How to backup iPhone.

To put the iPhone in DFU we will have to install on our computer with Windows the iTunes app, the only one necessary to obtain the right drivers, and to start the emergency recovery mode managed by DFU.
If we have not already done so, download iTunes for Windows, confirm where necessary and start the app as soon as it is ready (we will see its app appear on the desktop; alternatively we can search the Start menu).

Now that iTunes is ready we need to connect the locked iPhone to the computer via USB, using the supplied Lightning cable (the one used for charging); if we do not have a cable to dedicate to the purpose, we can buy one on Amazon, such as the AmazonBasics – USB-Lightning cable with braided nylon sheath (8 €).
As soon as the iPhone is connected, we wait a few minutes, so that it is recognized by the system and appears as a usable device within iTunes (in case, we can also make the backup immediately before proceeding with the actual DFU mode).

Note: during the whole procedure we never disconnect the Lightning cable that connects the iPhone to the PC, until it is expressly indicated.

How to switch iPhone to DFU

Now that everything is ready we can activate the DFU mode on the iPhone by following the steps described below:

In both cases, we will be notified of the actual transition to DFU mode from iTunes, which will show a message in the center of the app. 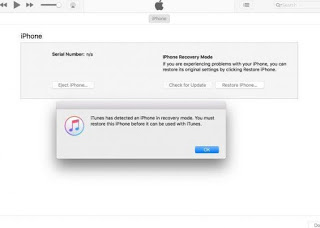 Press OK and select the Restore iPhone button, so as to completely format the device and solve any problems found previously.

How to get out of DFU mode on iPhone

After restoring the device in DFU just follow the steps below:

As soon as the Apple logo appears (which certifies the exit from DFU mode) we can finally disconnect the phone from the PC, removing the Lightning cable.

DFU mode allows you to quickly restore an iPhone that does not start, that freezes, or that restart for no reason so that you can restore it to factory conditions without having to go to an Apple Store to ask for assistance (they will do the same thing seen above and, without guarantee, they will also want to be paid handsomely!).

Still, on the subject of iPhone recovery, we can learn more by reading our guides How to Restore Defaults (and Data) on iPhone and iPad is Factory reset iPhone and iPad by deleting and restoring data, where we will show you the most practical methods to quickly restore an Apple device.

10 Ways To Make Chrome Lighter And Faster To Open Sites