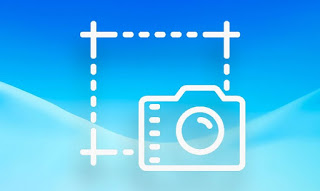 If we work a lot from PC or manage a blog, a streaming channel or a site sooner or later we will have to learn how to make one screenshot for screen capture. The screenshot is used to save as an image what you are seeing at a given moment on the computer monitor, as if you were taking a picture of the screen. Although there are several programs to save the screen as an image, the easiest and fastest way to take a screenshot is by using a key combination.

How to take screenshots

The methods for taking screenshots on the various devices can be numerous, in particular if we want to capture the image from a PC or a Mac. From time to time we can change the capture method and choose the most suitable one at the moment, so that we can capture screeshot quickly.

How to take screenshots on Windows

On Windows, the standard screen capture procedure can be activated by pressing the key Stamp on the keyboard (visible at the top right next to the F12 key, also with the name R System or PrintScr). The problem is that by pressing this button, Windows says nothing to the user and it seems like it has no effect. Actually the key Stamp temporarily saves the screen image to the internal Windows "clipboard", waiting to be pasted somewhere.
To process the captured image we will have to open a program such as Word, Paint or Irfanview and press the key Paste to see the screenshot.

The key combination Alt-Stamp saves the screenshot only of the active window, always copying it to the clipboard and waiting to be pasted in some program. Since this is a very inconvenient method Windows 10 has a program already included, called Capture and annotate, which we can open from the Start menu by typing in the search field "Capture". The capture tool allows you to save screenshots of the screen or an area of ​​the same, to modify them and also to add writings, arrows, indications and "blur" of sensitive data (excellent for those who write on a site or blog and do not want to know some personal details). An old tool (found in Windows 7 and Windows 8.1) is Snipping tool, still usable on Windows 10 although obsolete.

In Windows 10, you can also press keys Windows-Stamp to save the screenshot image directly and automatically to the folder Images / Screenshots (also in this case Windows does not give any confirmation on the operation, but by opening the screenshot folder you will find the photo of the screen. Also on Windows 10 it is possible to use the key combination Windows-Shift-S to select the area to save in the screenshot, which will then be pasted to an image viewing program.

READ ALSO: How to take a screenshot in Windows 10 and 7 and save images from the screen

How to take screenshots on Mac

If we use an Apple Mac, an iMac, a Mac Mini or a MacBook the key combination to capture a screenshot without additional programs is Shift-Command-3: The image is automatically saved to the desktop. We can also press Shift-Command-Ctrl-3 to save the screenshot to the clipboard, ready to be pasted into an image program.

With the keys Shift-Command-4 instead we will open the tool to select an area of ​​the screen to save. You can also save only the window of an open program by pressing the keys together Shift-Command-4, then holding down the space bar and clicking on the window to be captured.
On Macs, there is also a screen capture tool for those who need more options such as delayed screenshot or area change to select.
The program is called Snapshot Screen and can be opened by clicking on the icon at the bottom Launchpad (one of the main icons in the Dock), by pressing up on the search bar and typing Snapshot; the image captured with this program is opened with Preview and can be saved permanently in one of the Mac folders.

How to take screenshots on Android

On Android smartphones and tablets, the screenshot can be obtained by pressing the buttons together Volume Down and Power (i.e. the power off or power button), holding them down until you hear the sound of a photo taking. On some smartphones, you can also press the keys Volume down and the central one (key Home) to achieve the same effect.

On Xiaomi it is also possible to capture the screen with a simple gesture, without pressing any physical button: all we have to do is swipe from bottom to top on the screen using three fingers. This capture method is very useful if we are using a full screen program and we don't want to press any keys during the capture.
Alternatively, on all modern smartphones, we can do a screenshot of the active app or portion of the screen swiping from the top bar and using the hotkey Screenshots or Screen capture; if the key is not present we can add it by customizing the hotkeys, as also seen in our guide Customize Android status bar.

If the methods included on our phones or tablets are not enough for our purposes we can always use an app, as seen in the guide Photographing the screen on Android (Samsung, Xiaomi and Huawei).

How to take screenshots on iPhone

To capture the iPhone screen we will have to use the right procedure based on the model of iPhone or iPad in use:

The snapshots taken can be viewed by opening the app Photo and taking us on the path Albums> Snapshots. The procedures described are also similar for those who own an iPad: in this case we will have to press the top button and the Volume up button on models with Face ID and the top button and the Home button on models equipped with Touch ID (i.e. with the Home button down).

Learning how to take a screenshot on any device we have will make us much better prepared and better at capturing the best moments, since at any time we will be able to capture images of the app we are using or the details displayed by a messaging app or from a social app. For those who want to work on blogs or IT sites, this knowledge is practically the ABC to start writing: without screenshots it is not possible to work in the sector, so better be prepared!

If we want to capture images or portions of the screen when we visit websites, we invite you to read our guide Take screenshots of websites and save wallpapers and images.
We have a PDF document full of images in our hands and want to extract them? In this case we don't have to take screenshots but use extraction tools; we talked about these tools in the guide on How to save and extract images from a PDF.