Home Security Should you pay for an Antivirus? 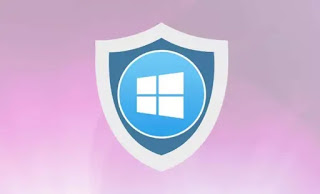 Incidents with large-scale effects caused by malware and computer viruses, such as identity theft, phishing, and ransomware that demand ransom, have attracted media attention and made people talk a lot about themselves for the past five years. Although these cases are not new, the fact that large organizations have also been affected has opened the debate on computer security and led to a massive increase in the promotion and sales of anti-malware and antivirus software. Today there are many security programs for computers, which include not only the antivirus but also other tools for protection for online purchases, for emails, for intrusion activities and much more. But these services have a cost, which for the most part translates into annual subscriptions.
The question that arises spontaneously to many, and that often opens endless discussions among the people who talk about it, is if it’s worth paying for a paid antivirus, if indeed they are superior solutions compared to free antivirus or if it is not just a waste of money.
The answer I give is immediate and simple: if it is true that paid services offer solutions that are worth, on the other hand, if we are specifically talking about protecting the computer from malware and not other accessory services, you can absolutely stop paying for an antivirus.

Why have many people become accustomed to paying for an antivirus?

Until a few years ago, users actually had no choice but to purchase an additional program to keep malware and viruses out of their PCs. Although free antivirus programs have always existed, in most cases they were limited versions of commercial programs that did nothing but annoy the user by inviting him to buy the complete product. Even Microsoft, for a long time, neglected the security of its Windows systems, leaving the user to protect the computer.
Fortunately, this has changed since the release of Windows 8.1, where Microsoft has taken over and improved its base antivirus developed for Windows 7, called Microsoft Security Essentials or MSE. MSE was a very poor antivirus, so much so that in the security rankings it was always put in the last place. This bad reputation has not even changed when Microsoft renamed MSE with the name Windows Defender, integrating it into the Windows 8.1 installation. Still, in 2013, Defender was positioned last in the rankings of the best antivirus.
The situation has changed radically with theWindows 10 output and the subsequent updates carried out by Microsoft in these years, which have reinforced Windows Defender greatly improving its ability to block all types of malware, preventing the computer from being damaged or spied on by viruses.
Speaking of today, if we take the most recent test conducted by AV-Comparatives (Malware Protection Test) it will be possible to notice how Windows Defender is able to detect 99.96% of malware and virus attacks launched against it, making it among the best antivirus also compared with the big names in the market like Avast, AVG, Avira, Bitdefender, and Symantec. Even though it detected some false positive too, Defender stood out for its anti-malware protection on Windows PCs.
Besides its reliability, then, the fact that Windows Defender is also the easiest to use antivirus, which requires no special configurations and that is integrated into Windows 10 does not require any new installation that can weigh down the less powerful PCs. It should also be taken into account that even the most innovative and powerful paid antivirus can never have 100% detection of malware and viruses, due to the speed with which new methods of phishing attacks are created and identity theft makes it impossible for any software to be perfect.

Perhaps due to the bad reputation of MSE and the early versions of Windows Defender on Windows 8.1, or perhaps just the fact that it’s free without limitations, many people are convinced that it’s not effective protection. Perhaps you may be led to think that no company would offer real protection for free.
The truth, though, is that Windows Defender isn’t really free because Windows 10 isn’t free. When you buy a Windows PC, in fact, you buy the Windows operating system and also its support. For Microsoft it is only an advantage to protect the computers of its customers from the viruses, therefore to put in us an antivirus worthy of the name serves to prevent disasters to which then would be forced to give support.

So what do paid anti-malware give the most?

The appearance of Windows Defender in a decidedly good version like the one built into Windows 10 has led to many protests by antivirus companies that have tried to discredit Microsoft’s antivirus on several occasions. To stand out, then, they began to sell under the name of antivirus a whole series of ancillary services such as secure connection via VPN, password manager, parental control, multiple scanning options, ad blocking and many other useful features as additional protection, but that is not directly associated with malware protection. Yes, it certainly deals with useful additional features, but the idea of ​​using these services as anti-malware solutions is just a disguised marketing tactic.
For example, VPNs are used to maintain internet privacy, Password Managers are used to generating secure passwords that are always different and impossible to keep in mind, parental control to restrict children’s computer use. Most of these services can also be obtained for free using different programs: for example, Chrome provides a password manager, Windows 10 already has a parental control solution and the Opera browser integrates a free and unlimited VPN.

In the end, therefore, should you pay for an antivirus or antimalware?

From all this talk the answer to the question should be a sharp NO, but in reality, It depends. A number of users, in particular, those who run a company and that they need to protect so many computers in a centralized way and with tools that limit the risks, it is worth paying for a paid or subscription antivirus. Certainly, however, those who use the PC for personal use, for fun or work, can rest assured with Windows Defender protection in Windows 10. This is because no other paid solution would provide more protection from viruses and malware injection attacks.
Paid antivirus software would protect the PC better in other respects, protecting emails, dangerous links, passwords and so much more that nothing has to do with malware protection.
Regardless of the additional features offered by paid antivirus suites, therefore, free antiviruses such as Defender are equally valid. The same can also be done by choosing the free version of some commercial antiviruses (such as BitDefender, Avast and AVG), which usually only include antimalware protection without other accessory tools.

As also mentioned in a past article, therefore, you can use the Windows Defender antivirus to protect your PC from malware with the same effectiveness that you would have by choosing a paid antivirus.
If you were not convinced or wanted to try other solutions, you can download and install another program, to choose from in the list of best free antivirus and in that of the alternative antivirus to Windows Defender among which I like to report the Sophos Home antivirus, free without limitations and without advertising.
If you wanted to try the most famous antiviruses, you can as seen, download the free trial version of a paid antivirus.
Finally, if you really believe that a paid antivirus is higher than the free Windows 10 one, then I can advise, at least, to pay it with a shared license, possible thanks to Together Price, a platform that allows you to divide the cost of the ‘antivirus along with other people (I talked about it in the guide on how to split the Netflix subscription). In practice, you buy a license that can use two or more people (depending on the license).

How to stop Windows Defender from deleting files

How to avoid the SMS scam of the Post Office

How to make a Photo CD with effects, slideshows and titles

Oppo A97 5G: here is the mid-range with Dimensity 810 and Dirac stereo audio