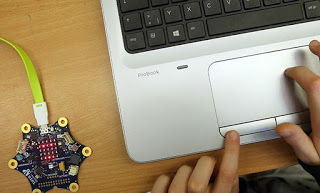 In the libraries you can find manuals to study to learn how to program software, websites and applications of all kinds with various programming languages. Having some basic knowledge, or even if you have no experience, we can still become very good at programming code and other languages ​​in fun, innovative and not at all boring ways as you usually think: in fact you can also program by playing and having fun, without wasting too much time in the pure learning phase (in fact we learn the code by playing!).
So let’s see the best together interactive websites where you can learn a computer programming language by playing, so that you can have fun passing a certain game level using code snippets.READ ALSO: Programming languages ​​for children who want to learn

Sites for programming by playing

Even if the best programs are obtained with in classical programming languages ​​(Java, C, C ++ and the like), a boy or a child can start programming with great success by combining programming with the game, so as to be ready when they have to study the real languages ​​(in fact they are already trained and ready!). Below we have collected all the best sites where you can program playing; for some, almost no preparation is required, while for others a minimum preparation and knowledge of the language chosen to play is required.

To learn the JavaScript code, even without any coding experience, it is worth signing up on the CodeCombat site, also available in Italian. 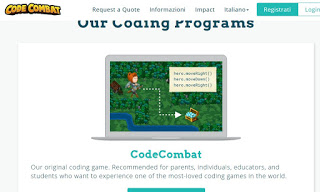 It is really a game, where you guide a character and where you pass the levels by programming the movements and behaviors (attack / defense). The learning environment is a role-playing game with knights, orcs and magicians, where you have to move the minions, avoid the enemies, launch attacks and destroy the bad guys.
Truly a pleasant way to learn programming languages!

Codewars is not a game, but a programming challenge site where you have to correct pieces of code in Javascript, Ruby and many other famous languages.

The site is a race between programmers who can level up by completing increasingly difficult challenges. The challenges are useful and fun and Codewars is the only site listed that also teaches you to test your code. There are not many instructions on Codewars so have fun you must already be a minimum capable of programming and to use Google a lot to find solutions to problems.

For the little ones it is possible to create new IT projects using the tools made available by the Code.org site.

Thanks to the site we will be able to make children of all ages participate in computer courses suitable for them, so that we can create new programs and games that can also be used online (most of the projects are in fact accessible directly from the site, so that we can play the creations IT systems for children).
It is probably the best site to introduce children to computer science and programming.

Another very good site for learning to play programming is WarriorJS.

The site is very minimal but allows you to play complete adventures via Javascript code: we can choose the moves of our fantasy character and see what this entails, so that we can continue on. Obviously a minimum preparation in Javascript is required, since the interface is not exactly within the reach of a beginner with programming.

Always with Javascript theme we can play on the JSRobot site.

The aim of the game is to make the robot move using the Script screen, where you can program simple codes in Javascript to make the robot move forward or to make it perform other actions, until reaching the end of the level (indicated with a white flag) ). Each level becomes more and more difficult and programming will become more and more engaging, helping a lot the young kids who approach Javascript programming for the first time.

Do we want to learn to program while having fun from our smartphone or tablet? In this case we recommend that you try the app Mime, available for Android and for iPhone / iPad.

By installing this app on our portable device we will be able to learn different programming languages ​​with increasing difficulty and keep track of our progress. Every day there are goals to be reached and it is possible to immediately receive feedback on the codes created, so that we can immediately learn where we went wrong.
It is probably one of the best ways to learn programming while playing.

Other sites to program while having fun

In addition to the sites seen so far, we can also try the ones in the list below, so that you can increase the fun and learn new programming languages:

Learning to program while having fun is possible and, if we notice that our children are particularly skilled in mathematics and programming, we can start them studying by making them play on the sites that we have shown above.

Sites to buy online and give gifts on the internet

How to adjust webcam settings (contrast and brightness) on Windows PC

Realme Pad Mini: official the compact tablet with a view of Europe