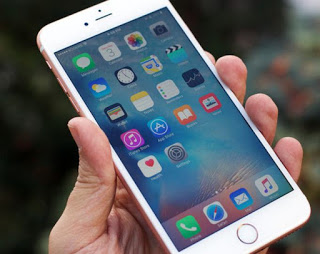 As it is also natural that an iPhone gets many advantages from the use in parallel with a Mac computer because the various applications of Apple are integrated between them offering an experience of continuity so that every activity can be started by a part and continued on the other.
We have applications like that of the Note that syncs to Mac, iCloud to keep personal files and photographs, the option Handoff, the phone book also synchronized in iCloud, the calendar app, e-mail Safari, which keeps favorites and passwords for use by any Apple device accessed with the same account.
However, if you don’t have a Mac, if you don’t have an iPad or even worse if you use another Android smartphone or tablet, then all these features of Apple applications are lost and it doesn’t really make sense to keep them active.
Configure the iPhone for those without a Mac (and therefore use PC and Windows, Linux, Chrome or Android devices) it means use non-Apple settings and applications (and forget about iCloud which among other things is very limited in its free account) and, to be precise, use Google services.
The advantage of using Google services instead of those Apple is twofold: on the one hand, it is possible to integrate the iPhone with any computer, on the other hand, you get compatibility of all functions so you can communicate, synchronize and exchange data even with Windows PCs and Android or non-Apple smartphones.1) First of all, we turn off the Apple apps that we don’t need

This step is optional and depends very much on the type of use that is made of the iPhone, but in general, it is better to disable all these things in order not to obtain active duplicate services.
In Settings, going up iCloud and deactivate iCloud Drive, Photo and all the apps, including the backup.
The automatic backup of the iPhone in iCloud can be useful in the future only if there are particular configurations, otherwise, for important things like the address book, photos, and documents, we will use the Google apps.
Just note that by deactivating iCloud Drive you lose the ability to automatically backup Whatsapp conversations, which is based on iCloud on iPhone.
Then go in Settings> General and deactivate Handoff which we really don’t need if we don’t have a Mac.
Always in Settings, going up Facetime and disable it if it is never used (Facetime is the video chat that works only between iPhone and Mac users, but there are alternatives).
In Settings> Photo and camera, deactivate ICloud photo library, my photostream, ICloud photo sharing.

2) Save the address book and keep it synchronized

The iPhone address book, by default, syncs to iCloud so that even losing the phone the numbers will always be recoverable.
However, having deactivated iCloud and to make sure that the address book is easily visible from any PC and at the same time it is also possible to synchronize it with any other Android smartphone or tablet, it is better to use a Google account.
First of all, install the central and fundamental Google app to register with a Google account if it has never been done or access and manage all the options.
In Settings> Contacts, go to Account, then on a new account and add the Google account.
As already explained at the time, we obtain a backup of the iPhone address book in Google / Gmail.

If you use Gmail as your primary e-mail address, it is also worth synchronizing the Mail app with Gmail.
This is done in Settings> Mail> Add account.
You can skip this step by installing Gmail on the iPhone, which is a little different than the Mail app already installed on the iPhone.
The same type of operation can be done for the Calendar, which thus synchronizes with the Google Calendar, clearly better than any other service of this type.
If you prefer, you can download the Google Calendar app for iPhone to get more features than the standard Calendar app.

In Settings> Notes we have disabled the synchronization of the notes written in the iPhone Notes app.
Instead of this application, it is better to use Google Keep, which works in a similar way and provides access to notes from Google accounts on every PC, smartphone and even via the web.

In point 1 we said to disable the automatic backup of photos in iCloud.
This is an important point because iCloud has a limit of 5 GB in the free account and we know that 5GB is really few to store photos.
Instead of iCloud, let’s use the Google Photos app, which instead has unlimited space for backing up photos and videos recorded with the iPhone.
The only limitation is that the backup of the photos has no limits for images up to 16 MP and for videos with 1080p resolution, which is also for those who take pictures with the iPhone.
In Google Photos, activate the automatic backup and also note its many functions, which also allow you to free up space on the iPhone when it is running out, deleting the photos and videos already saved in the Google cloud (which are always visible if you have an internet connection and that can be downloaded from any PC by going to the Google Photos site).

As for Office or PDF documents, the app to be installed is always Google Drive for creating, saving, editing and viewing.
With Google Drive, all documents and files of each format can be stored so that they can be retrieved using PC or Android devices in a synchronized way.
Google Drive is also useful for quickly exchanging files between PC and iPhone.

The music synchronizes with the PC through the iTunes program also in Wifi, which also works well on a Windows PC.
I remember though that it is also possible to synchronize the music of the Windows 10 PC on the iPhone without using any program, thanks to a function added by Microsoft in the latest version of Windows.
Alternatively, you can always Google Music to hear PC music on iPhone without having to synchronize it

Other Google applications that can be useful on an iPhone to replace those of Apple are:
– Google Duo for video calls, instead of Facetime (although it will be useful to tell friends and family to install the Duo app).
– Google Maps, which everyone should already have, clearly better than Apple Maps, especially because all the favorite places and the search history synchronize with the Google Maps site (if you use the same account also on a PC).

Safari is, without a doubt, the fastest iPhone browser, also because it is integrated into the system.
However, those who use a Windows PC will probably use Chrome or Firefox and will find themselves with a Safari that doesn’t sync favorites and passwords.
The solution is to use Chrome or Firefox on the iPhone (depending on what is used on the PC) and log in with the same Google or Mozilla account to synchronize favorites, passwords, and settings, thus obtaining the same capacity as Safari if used on Mac and iPhone.
Alternatively, as seen, you can also synchronize Safari with Chrome.

Once the iPhone is configured with these applications and options, we have easy access to all the phone data (phonebook, photos, emails, etc.) from any PC and even if it breaks or gets lost, we can easily restore them to a new iPhone / iPad or even on a Samsung Galaxy or any other Android smartphone/tablet.

How to protect Android from malware and malicious apps, viruses and spies

Eliminate Trojans and protect your PC with an Anti-Trojan