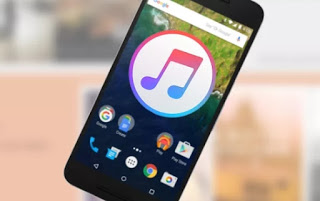 People find it difficult to change their habits.
Think, for example, of users switching from an iPhone to an Android smartphone, thus abandoning the use of iTunes.
Although this program is not much appreciated (unless you are a true Apple fan) many people spend time, effort and money buying the songs on this platform and organizing their music collection.
How to synchronize iTunes also on Android smartphones?
As mentioned in the post on things to know if you switch to Android, we can use free apps to sync iTunes with an Android phone or tablet.READ ALSO -> Best Android Apps to listen to music and manage mp3s

How to sync iTunes with Android to transfer music

The goal of the apps mentioned in this guide is to do one two-way synchronization between PC and mobile phone so that the music on iTunes is imported on Android and, vice versa, the songs saved on the phone are copied to the computer and listened to in iTunes.

iSyncr is an extremely powerful and free application that allows you to synchronize music between iTunes and Android devices, which we can download from here: iSyncr. 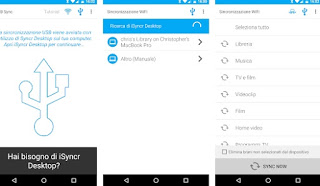 With iSyncr Lite you can synchronize the MP3s, videos and podcasts downloaded on your Android phone by having them appear in iTunes.
Even if on iTunes, without using applications, you can always configure as a source the Android phone connected to the computer in “USB pen” mode, iSyncr offers the convenience of syncing even the playlists.
Those who love organizing music on playlists will find this automatic application very useful for importing them on Android so that they can listen to the tracks in the saved sequence.
You can also choose between internal memory and external memory as a location to synchronize the music.
iSyncr Lite, however, has some limitations in its free version: you can only synchronize one playlist at a time, from up to 30 tracks.
These limitations can be eliminated by upgrading to the paid version which also allows PC synchronization with iTunes and Android via WiFi.
Further details on the official website of the iSyncr application form which you can also download the PC client.
iSyncr Lite can be combined with the free Player Rocket app, to listen to music from your Android phone or tablet using it as an iPod.

Another app we can use to sync iTunes with Android devices is Sync iTunes, available for free here -> Sync iTunes. 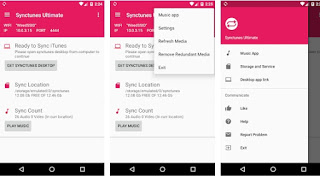 Once the respective client is installed on the PC or Mac, we will be able to initiate communication with the app also via WiFi and thus transfer playlists, podcasts, music, and videos to the Android smartphone, also choosing the memory where to save everything.
If properly configured it is able to automatically send new tracks indexed or purchased on iTunes if the Android smartphone is turned on with the app, so you always have a smartphone with updated music.
We can download the PC client from here -> SyncTunes for PC or Mac.

doubleTwist Player is one of the best readers or music players for Android and among its many features it also offers the possibility to synchronize MP3 tracks with iTunes; we can download it from here -> doubleTwist Player. 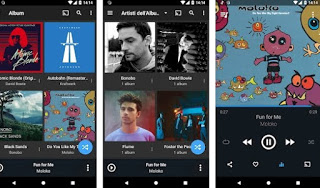 What is written for iSyncr Lite is also applicable with doubleTwist, one of the apps that works wonderfully to synchronize Android with iTunes.
The free version of this app requires you to connect your phone to your computer via USB cable to synchronize iTunes music, nothing too transcendental given the increased transfer speed.
With DoubleTwist you can download album covers, synchronize playlists, get automatic playlists based on the most played songs, subscribe to iTunes podcasts even without a PC or Mac (the latter only available on the paid Pro version).
To connect to the PC, the application requires you to install a DoubleTwist client (a program identical to iTunes) to download on the official website (I recommend choosing the custom installation by deselecting the sponsors).
Support for synchronization via WiFi requires a separate app called AirSync by doubleTwist. 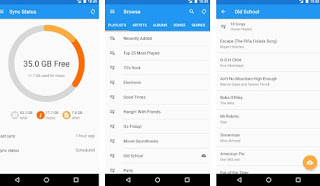 With this app we will be able to synchronize iTunes playlists, videos, music and podcasts on the Dropbox cloud, Google Drive or OneDrive account and access them remotely on any Android device, so as to carry all the songs and synchronize our playlists automatically without having to use a USB cable or configure a WiFi connection as seen in previous apps.
Among all the recommended apps this definitely seems the best choice, since it is easily configurable and usable without having to fiddle with dedicated clients or get paid versions of the app that we will probably use a few times.

If you can not use iTunes or we want valid alternatives, we strongly recommend using Google Play Music installing it on PC and smartphone via the dedicated app to synchronize music on any device in our possession, free and with a very high limit (up to 50,000 songs we can upload to the cloud offered by the service). 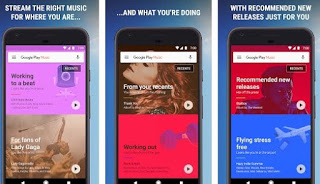 READ ALSO: Programs like iTunes for Android to connect your smartphone with your PC

Save battery on iPhone and make it last longer

Free to use video surveillance app