10 of the best games for Playstation, Xbox, and PC redid in the original versions for Android and iPhone to play or replay 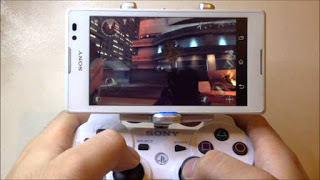 The mobile has become, by now, the preferred device to play, not only because it makes possible particular and original games like Pokemon Go, but also for those games that give dependence like Candy Crush and Clash of Clans and because it allows to play or replay the same games that have been so successful on the PlayStation or Xbox consoles and on PC.
In this list, we find out 10 of the best games released for Playstation and PC that you can now also play on Android smartphones and tablets, on the iPhone and on the iPad, in their original versions.
For the most part, these are action games characterized by spectacular graphics and a film story told and followed.
The only thing impossible for this category is to find free games since most of these are famous commercial video game titles still on sale today.

1) Sonic The Hedgehog (Saw)
Sonic has nothing to do with Playstation and Xbox, but it is the symbolic game of the Sega consoles, starting from the historic Megadrive.
Sonic, the blue hedgehog platform that runs and jumps, can now be replayed on the iPhone and Android in its original version, optimized for mobile phones and very fluid in the fast scrolling that characterizes this historic classic game.
Sonic 1 for iPhone and Android.

3) Max Payne (Rockstar)
Max Payne is another great classic of games for consoles and PCs, of the same genre as the GTA series, with a certainly less violent dynamic, but with a noir story worthy of that of a best-selling novel.
Max Payne can be played on Android and on the iPhone at the excellent price of 3 euros.

4) call of Duty (Activision)
Call Of Duty has, for years, been the number one brand of war shooter video games for PC, Playstation and Xbox, which in the various editions has led us to fight incredibly realistically in the face of almost every war of modern times, starting with second World War.
There are several editions of the Call Of Duty game also on mobile and, the best currently, is Call of Duty: Black Ops Zombies available for 7 euros for Android and iPhone.

5) XCOM: Enemy Within (Take Two)
This is the title of an expansion of the XCOM game released a few years ago on Xbox 360 and PlayStation 3.
Now that same game in full version is available on Android and iPhone for the price, not low, of 10 Euro.
For those not familiar, it is one of the best turn-based strategic war games.

6) tomb Raider (Square Enix)
The adventures of Lara Croft are a great classic in continuous renewal for every player of Playstation and Xbox.
On mobile, you can play for free the latest Lara Croft: Relic Run for Android and iPhone.

7) Need For Speed (Electronic Arts)
NFS is one of the most successful car racing games for Playstation, XBox, and PC, with city races and modified cars capable of reaching illegal speeds (and also triggering the wrath of the police).
Need For Speed ​​No Limits is free for iPhone and Android while Need For Speed ​​Most Wanted has been redone for Android and costs 5 euros.

9) FIFA Football (EA Sport)
Every year EA’s FIFA challenges Pro Evolution Soccer as the most realistic and best soccer game.
While PES is only on Playstation and Xbox, FIFA also comes out every year for smartphones and FIFA for Android and iPhone can be downloaded and played for free.

10) Playstation emulators for Android
To close the list and for those who want to turn their Android smartphone into a portable Playstation and play the old PS1 games, they can install an emulator like ePSXe for Android or even FPse.
Best of all, you can download the PSP emulator (Play Station Portable), ie PPSSPP – PSP emulator with which you can play many games for free, which also works with your own games in ISO or CSO format.
With these emulators, not everything works perfectly and depends a lot on the type of device, but you can still try it since they are free.

READ ALSO: Best games of the past for Android and iPhone

OLED or QLED: what is the best technology for new TVs?

How to improve the phone’s camera

How is the PS5? analysis and guide of the new Playstation