Home Technology The cheapest Google phone with the real Android: Pixel 3A 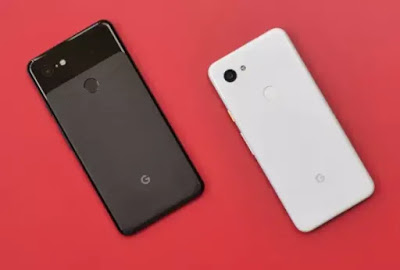 There was a time, until about 3 years ago, that Google made the most loved smartphones by technology enthusiasts. Those of the Nexus series (I have had two), were phones with the pure Android version as it came from the factory, without the customizations that ruin (in many cases) its performance, with the Android system that was updated the day after the announcement of a new version, with the possibility of changing ROMs easily and, above all, with an average price accessible to all.
Since 2016, however, Google has canceled the Nexus series by going on to produce the Google Pixel smartphones, beautiful for technical features, for the Google assistant’s capabilities, for the fashionable design, and for the highest quality camera, but with a very high price that nearly a thousand euros. For this reason and also for their limited availability (especially in Italy where you can only buy online on the Google site), the Google Pixels have sold very little. Today, finally, Google has retraced its steps and finally launched the Pixel 3A, one smartphone with an average price that does not sacrifice quality, thus giving everyone the chance to try the Pixel premium camera and get all the latest up-to-date Android real functions.The advantage of having a Google Pixel phone, in fact, it is in the exclusive privilege of being able to always have the latest version of Android. Since Android is developed by Google, it is natural that the company uses its phones for testing and that at the time of release the new Android is immediately ready for the Google smartphone. This happens naturally with Apple’s iOS on iPhone, while for Samsung, Huawei and all other brands it is always necessary to wait a long time (even several months) for the release. The Pixel phones, therefore, get security updates and the Android operating system as soon as Google releases them, for at least three years. In practice more than a smartphone, what you buy when you buy a Google Pixel is the real Android platform.

The Google Pixel 3A, the cheapest Google smartphone, is, therefore, happy news, above all because already on sale in Italy where it is possible to order it online on the Google site. There are two versions of this phone available: The 3A Pixel which costs 400 Euros and the Pixel 3A XL at 480 Euro, which for this type of smartphone is really a great price.

On paper, Pixel 3a and the Pixel 3a XL have rather original features.

The Google Pixel 3A smartphone, however, it cannot be told only by the hardware specifications, because as a whole we have a product that has a little less than the more expensive premium version of the Pixel series. For example, the 670 processor, although lower than the expensive Pixel Snapdragon 821, is equally fast and even the 1080p screen offers virtually the same yield. At half the price compared to Pixel 3, therefore, you can buy a phone that has really little less and that, above all, does not see the quality of its camera downgraded which is really the highlight of the Pixel 3A.
In the price range between 400 and 500 Euros, in fact, the camera mounted on smartphones is always of average quality, not comparable to that of an iPhone or a thousand Euro Samsung for instance. With the Pixel 3A, instead, you get the same level of excellence, if not even higher. I’m not here to try this quality with my own eyes, but according to what I’ve read around in reviews and presentations since in the Pixel 3A the same celebrated Pixel 3 camera is mounted from a thousand euros, it is to be believed that it is excellent. There are no dual-selfie cameras like on Pixels 3, but all the features of the Pixel 3 camera are present, including PhotoBooth and Night Sight. Among other features, both Pixel 3a and 3a XL have a 3.5-inch headphone jack, edge buttons, USB-C port, stereo speakers and fingerprint recognition (and no Notch).

The Google Pixel 3A can finally be considered the new Nexus, the only smartphones with the original and clean version of Android. Both phones, Pixel 3A, and Pixel 3A XL, therefore, have excellent value for money and I do not think there are better phones in this price range with such an extraordinary camera.

READ ALSO: Best Android smartphone ever for every price range

Prevent Facebook from looking at the history of visited sites

How to use AirDrop on iPhone

How to use the Videoprojector at home and which to buy