Home Technology Use your smartphone as a Dash Cam to record videos in the... 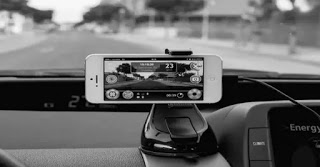 The Dash Cam is the camera that you put in the car to resume the road you are traveling, thus recording a video of what happens while driving the car. Dashcam, often used by passionate video shooters when they are on a road worth taking back or waiting (hoping) to capture an interesting moment, can also be useful in the event of an accident, to prove one’s innocence.
Anyone who does not want to spend money to fix a Dash Cam in a car that must then be dismantled each time and can become an object of thieves’ desires, can try to turn any smartphone into a DashCam, perhaps using an older phone that is no longer used. The important thing is that it is a smartphone with an operating system Android and that, even without an internet connection, it has a working camera.

READ ALSO: App to use the phone in the car while driving

What it takes to use the smartphone as a Dash Cam it’s just a charging cable to keep in the car and then adequate support that can stick to the glass to keep the phone in the right position to resume the road. There are plenty of car mounts on Amazon, though not all of them are adequate to keep it in video recording position. Looking for the most suitable ones, we can choose support like iOttie Easy One Touch that makes it easy to attach and detach the mobile by holding it high above the dashboard, or a cheaper one like this with a suction cup with 360-degree rotation or even this flat and simple Car Dock.

After fixing the smartphone correctly, we need a Dash cam app, which allows you to record videos continuously. There are many apps to choose from, some of them specializing in the task like AutoBoy Dash Cam BlackBox. This application has a quick button to record a video showing on the screen also the free memory storage space so you will know when it will be necessary to stop the recording and delete the video to make a new one. When the memory is full, the app will ask you to overwrite the previous video automatically, without having to go and delete it manually. The recording is continuous and can be paused with a touch to resume it quickly.
Touching the three points at the top left opens the options menu, to switch from horizontal to vertical mode, adjust exposure, color effect, focus, screen and whether to shoot using the front camera (for register the car’s interior). Other options from the side menu, allow you to upload videos to Youtube, watch recorded videos and set up automatic recording based on Bluetooth connection or other triggers.

More good apps to turn your Android smartphone into a DashCam I’m:
– DailyRoads Voyager, which supports continuous recording, with or without sound, cyclically canceling the previous video when the memory ends. You can also use the photo mode, to make repeated shots and then create a video timelapse. The app also shows street addresses and maps, with the indication of the speed and GPS coordinates of the road you are traveling on and supports protection in case of phone overheating.

– AutoGuard Dash Cam which records video without interruption shows acceleration, latitude, longitude, and speed on the screen and automatically manages the memory space to be able to replace old videos with new ones automatically unless they are marked to be saved.

READ ALSO: Turn your smartphone into a surveillance camera

How to make a personal music server