Home Games With Mame, the emulator is played on PCs in the old arcades... 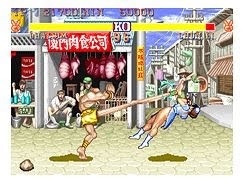 Today, you can play almost anywhere: at home, you can mount on an Xbox 360 console, a Nintendo Wii, the Playstation 3 or a game on a PC.
Around you can be entertained by games on the mobile phone or by a portable console like the Nintendo DS or the PSP.
But many years ago, playing beautiful video games was not something that could be done so easily, it was almost a luxury that not all children could afford.
Souvenirs were collected and friends went to the arcades or bars (which today instead have only video poker) queuing to play the favorite video game.
Videogames in arcades they were almost all of the kind Arcade and there was not much to understand or to think about, he took the joystick in his hands, he led a fighter or a spaceship and went on in the pictures, killing the enemies.Today, these old and always fun arcade games can be played on PC using the MAME emulator (Multiple Arcade Machine Emulator), a program free and opensource which has existed for a long time and which is still developed by fans of the genre.

This would not be a complete blog if it did not contain an article on the famous MAME, an easy-to-use emulator on PC, which allows you to play old but always beautiful and unforgettable video games such as, for example, Street Fighter 2, Final Fight, Shinobi, Toky, Shodown Samurai, Bubble Bobble, Fatal Fury, Pang, Panic Gals, Golden Ax, R-Type, Mortal Kombat, Bubble Puzzle and many others.

Since searching on Emule or on the Torrent network the Mame32 and the games (the ROMs) also leads to unpleasant results, I tell you how to do without running into strange sites.

Mame Download can be done from the official website mamedev.org.
From there you can click on “Last Release” and download the binary for Windows (not the sources) from the list below, depending on whether you have a 32-bit or 64-bit PC.
After downloading it, you can run the .exe file and extract all the contents of the archive in a folder of your choice (to create new).
Before starting to use Mame you need to search e download games that are available free.
There are many sites for free download of Roms that is, games.

After downloading a rom in the .zip format, it must be copied, as it is (without decompressing it), in the folder Roms inside the directory where the Mame has been extracted.
Now you can start the file mame.exe to start playing.
At startup, on the first start screen, there is a list of the games that have been copied to the roms folder, among which one can be chosen and press Enter to play.

These ROMs are faithful reproductions of arcade arcades therefore at the beginning, the hardware emulator shows the switching on of the videogame and then, the game requires the insertion of the coin with the typical writing “Insert Coin“.
The coin is inserted with the F5 key, the mode a player starts with the key 1, CTRL on the left is the main button, AlLt is the second and so on then the bar and the letters ZXCV, the keys of the keyboard move the player and ESC exits the games.
All keys can be remapped and modified in the initial mame configuration menu but, in the beginning, you need to get a little familiar, try the various keys seeing what they do and follow the instructions here.
You can also use a gamepad or a joystick to play more comfortably.

If, starting Mame, the lower part of the prompt is red when a game is highlighted, there is a good chance that the ROM will not work; if it is green, it should go instead.
The Roms of the Rom World site work almost all of them and all that remains is to try them.

Some games start in a moment, others load a little more because they require hardware emulation but, in general, always within a reasonable time.
The screen can sometimes flash a bit with the appearance of strange messages but there is nothing to worry about, after a while they disappear, just let the setup finish until you get to the initial game screen.

MAME is a great program that allows you to return to the roots of the video game and rediscover the taste of the past.
Some old arcade games are fun because they are fast and immediate, simple but more engaging than some games today that are complicated and difficult to understand.

In another article, how to play the old Dos games for PC, from the 80s and 90s.

How to disable Cortana in Windows 10 (voice search)

How to buy on Amazon without a credit card