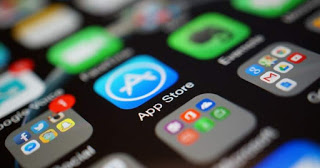 10 years ago, Nokia was the largest phone manufacturer in the world, Microsoft was preparing for the launch of Windows Vista and the best new products announced at CES, the world technology conference, were wireless TV and MP3 player with radio in streaming.
However, on January 9, 2007, Apple CEO Steve Jobs introduced a device that would really change the world, a $ 500 iPhone with 4GB of memory that went on sale on June 29 of that year.
Not only was the first iPhone mobile phone, but it practically worked like a computer, with a music player, internet connection and touchscreen.
The following year, then, with the iPhone 3G Apple I present the App Store, which was really a revolution if you think that today there are two million apps and that there are many people in the world working in this field.

On this occasion, in this article, we make a great general summary of the best applications of each category for iPhone and iPad that is possible to download for free from the App Store or from iTunes.

While the iPhone gallery works great, it is possible to have more features using applications to edit photos on iPhone with Adobe Photoshop, Snapseed, and Fotor.
In addition, Google Photos must always be installed which makes an unlimited backup of the photos (while iCloud only has a space of 5 GB).
In another article even the best apps with photographic filters

The app to take pictures with the iPhone works well, but it can also be changed using one of the best camera apps for iPhones among which, in doubt and to avoid mistakes, it is always worth downloading and installing Camera +.
In another article, the best apps for taking Selfie Photos.

The iPhone has always had its app to hear music that works well and has no problems.
But you can find alternatives by downloading and installing one of the best apps to listen to music on iPhone and iPad even in streaming, among which, of course, there’s Spotify.
In another article, to complete the category, we also saw the best Apps for making music and playing.
Do not forget the trick to hear music from Youtube on the iPhone with the screen off.

Safari is the default iPhone browser, very good, full of features and also fast because it is integrated into the iOS system.
Sometimes, however, it can be useful to use a different browser, perhaps to keep some searches private, hide some sites or browse in anonymous mode.
In particular, we have seen the best browsers for iPhone and iPad alternatives to Safari, including Firefox, Chrome, and Opera.
We also saw how to browse incognito on iPhone and the VPN apps for iPhone.

7) The phone app and phonebook

Phonebook management on the iPhone works well and there is no need to install different apps.
What you need in an iPhone is an app to block unwelcome calls from a call center like Truecaller that works great and is one of the indispensable apps for every phone.

Even the Mail app on the iPhone works quite well, but there are excellent alternative apps to try.
In another article, the best apps to read Email on iPhone alternatives and even apps for Gmail, which is still the best mail service.
If you use Gmail as a mail email, you can also backup your iPhone address book in Gmail to keep it even if you change your phone.

On the iPhone there is the Apple Maps app, which however is much lower than Google Maps for iPhone and iPad, which also works as an offline browser as seen in the Google Maps app’s guide to functions).
As an alternative, we have also seen the best navigator apps and maps for iPhone, among which TomTom for iPhone, Nokia Here Maps deserve a special mention, which also works without internet connection and then also Waze to move fast in case of traffic.

Google, in order not to be cut off from the Apple world, has made available many useful and free iPhone apps.
Not only Youtube and Google Maps, Gmail and Chrome, but also many unknowns that work really wonderfully and that I always recommend to download and install even to those who are inside the Apple world.
In another article all Google apps for iPhone.

The iCloud service is integrated on the iPhone, with 5GB of free space.
In addition to iCloud, however, it is also possible to install the Google Drive app, Dropbox, the Onedrive app and then several others such as the excellent pCloud.

As we have learned, widgets on the iPhone are useful for having quick information on the lock screen and apps like Weather, Google Maps and Google News integrate very well and provide a valuable service.

Among the best weather apps for the iPhone, the one that should never miss with the weather forecast and the current temperature, there are various alternatives including Accuweather and Solar.

I have described the best free travel apps for iPhone in another article, citing apps such as Tripadvisor, Booking, Skyscanner, and others less known but very precious.

There are really dozens of applications to watch football matches and other sports live and to know the results in real-time, including on the iPhone we can choose Soccer Livescores with the football results of the Italian Serie A championship and all the matches of the world.

We have seen, in this regard, several apps to send the position from the mobile or to follow in real-time, then also the GPS locators to find and “follow” with friends or family and the useful app to find the lost or stolen phone.

18) Whatsapp and other message apps

Self Whatsapp is the app that everyone must have on their smartphone to send free messages and even to make phone calls, there are also other alternative applications for messages and chats, among which it is worth trying Telegram.

19) App to manage the iPhone

For those who don’t want to use iTunes, there are some alternative programs to manage iPhone and iPad without iTunes on PC.
Among the essential apps to connect the iPhone to the PC, I also put Pushbullet to receive and send SMS from the computer.

The best applications for taking notes and notes on a phone are at least three: Google Keep, Onenote and Evernote, better than the bloco notes app from Apple.

Today, both with an iPhone and an iPad, you can use the Microsoft Office Word, Excel and Powerpoint app.
Alternatively, you can also find the Docs, Sheets and Presentations apps of Google Drive, then Polar Office.
In another article, the Apps to scan documents and convert them to PDF

The app to make free VOIP phone calls from smartphones and tablets I consider them indispensable because they allow you to make free calls over the Internet even when you are abroad.
These include famous apps like Viber, Skype, Whatsapp, and Facebook Messenger.

Who unlocks the iPhone with Jailbreak has a multitude of extra apps that can be installed from a repository called Cydia, to make even deep changes to the system.
Of these, I spoke in the list of the best Cydia apps and tweaks for iPhone and iPad with Jailbreak.

25) Best iPhone apps of other categories

Best apps to read Manga (and download) on PC, Android and iPhone