Home Programs Use an iPad as a second monitor 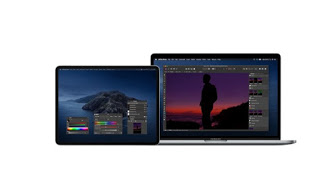 Even if we are not lovers of Apple technology, we cannot find that the iPad is a technological jewel, the best tablet on sale, clearly superior to any other Android tablet.
The iPad is a full-fledged computer, with a large screen, perfect for reading and for interacting with Web applications that are more enjoyable than the iPad on a normal PC. An iPad, however, can be very useful even if it is used together with the PC, perhaps as a second monitor or as a mouse or to connect remotely to the PC.
Let’s see together in this guide how to use an iPad as a second monitor on the Mac or MacBook (where the connection is simple and immediate) passing through the methods that we can also use on Windows.

The iPad is not a small mobile phone, it has a large and spacious screen that can be used very effectively as a second computer monitor to extend the desktop.
If we use a Mac or a MacBook just configure the Sidecar function in order to use an iPad as a second monitor.
To use this interesting function make sure you use the same Apple ID on the Mac and iPad then take it to the Mac or MacBook and let’s go to the menu Apple> System Preferences, so you can click on the icon Sidecar.

In the new window press on Connect to and press on the name of the iPad connected to your Wi-Fi network; in this way we can expand the screen of the Mac or MacBook also on the iPad and decide from time to time where to open the apps or windows.
In the Sidecar window we can choose some useful options such as the position of the sidebar, the Touch Bar commands and enable double tap with Apple Pencil, so as to emulate the double tap of the mouse on compatible apps.

The most important feature of Sidecar is definitely the absence of any type of cable: just connect iPad and Mac (or MacBook) to the same Wi-Fi network to be able to establish the connection and use the iPad as a second monitor.
If we are looking for a method to connect iPad multimedia contents on a PC or on a Smart TV, we advise you to continue reading on our article Connect iPad or iPhone to the TV with cables or wirelessly, where we can find other methods and other useful cables to make the desired connection.

How to use iPad as a second monitor on Windows

On Windows, the connection with the iPad is not as immediate as on the Mac, but we can achieve it quickly by installing the Duet Display app on the tablet, available at € 11. 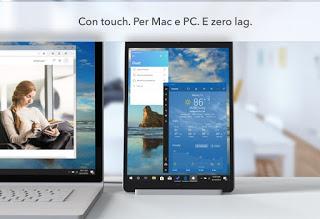 To use it, we buy this app on the iPad, we install the free version of Duet Display on a PC or Mac (it offers many more Sidecar options, so it is also valid on Apple systems), we use the Lighting-USB cable on a free port on the our laptop or desktop PC and configure the app to expand the iPad screen, which will be used by the system as if it were a second connected monitor (on Windows 10 we can also manage it from Screen settings or from the menu notifications -> Project).

By using a cable for signal transmission we will not have any delay due to Wi-Fi and we can effectively use the iPad as a second monitor to open other applications, to control apps through gestures and touches and keep everything under control without having to configure a real second monitor on PC (decidedly uncomfortable and without integrated touch functions).

There are several applications for connect in remote desktop from an iPhone or iPad to the computer but the best remains without a shadow of a doubt Teamviewer. 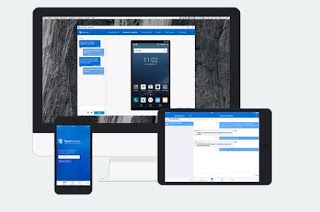 In other articles I have talked about Teamviewer as the best program for full control of a PC from another computer and the iPad version, thanks to its large screen, works wonderfully.

If instead we are looking for an app to simulate the touch of the mouse or the keyboard from iPad to PC, we recommend using Unified Remote, to be combined with the Unified Remote for Windows server. 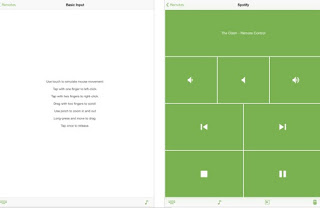 With this app we can transform the iPad into a large touchpad for the computer and also control the typing within the programs, as well as manage some multimedia apps with specific keys (many keyboards can only be unlocked with the paid version of the app). In this regard, we invite you to read our study Run commands remotely on PC with smartphone or tablet.

To make the iPad comfortable to use as a second monitor on an office desk we can also get a support stand such as the Lamicall Tablet Stand, Adjustable Stand: Universal Stand Dock (€ 18). 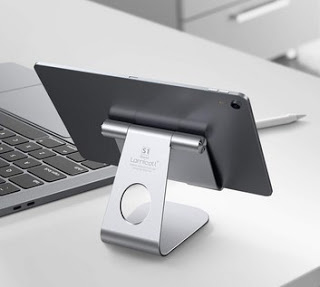 Elegant and modern, the stand will allow you to use the iPad as a second monitor vertically or horizontally, with the possibility of simply connecting the USB-Lighting cable necessary to use some of the methods described above.

The iPad can become the ideal work companion on PC, using one of the apps recommended above: we can use it as a second monitor with the Sidecar mode integrated in the latest versions of Mac OS or use one of the apps provided for Windows, capable of transforming the iPad in a real monitor for the programs or apps available on the Microsoft operating system.

If we have never used an iPad before, we advise you to remedy it immediately by reading the guides Special functions for use on iPhone and iPad, Safari cheats and better features of the iPhone and iPad browser and finally Best keyboard apps for iPhone and iPad, so that you can quickly become a true iPad expert!