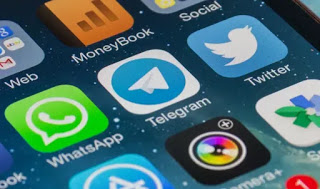 Until some time ago, the search for sites to send free text messages from the PC was very frequent and limited and unreliable online opportunities and services fell.
In recent years text messages have practically disappeared and thanks to smartphones it has become possible to chat and text with friends, family, and colleagues via apps.
All those who own an Android smartphone or an iPhone know perfectly well that they can send free messages via Whatsapp.
Released in 2009 it quickly became the number one in the messenger category, with global use of 1.5 billion users in 180 countries around the world.
While Whatsapp is the most used app, it is not the best one ever, especially if there are different and specific needs such as group chats, sending files, anonymity, and privacy.
In this article, therefore, we see the best mobile messaging apps (and also available via the website on PC), starting from Whatsapp and going to discover all the chat alternatives to Whatsapp most important and with special functions.

Whatsapp it owes its great success not so much to the functions, but because it was the first that introduced the registration by mobile number.
Previous apps like MSN Messenger and Skype required to access the typical username/email address and password registration and contacts could only be added if they knew their name and asked for authorization.
In Whatsapp, instead, there is not that passage of having to ask for friendship or contact and all you need is a person’s number to be able to send him messages.
The result is that, whoever installs WhatsApp, can see on the phonebook all the friends who use the application to which they can send free messages.
Whatsapp is the best application to send free messages based on the number of people using it.
In the Whatsapp statistics, we can see that it is used by a billion users every day, which is the most used in Europe and in Italy, where it is estimated to be installed by 85% of people who have a smartphone.
With this application there are no limits on the number of messages per day to send free, you can also send photos, videos and voice messages, you can make group conversations and there is no additional cost if the recipients are abroad.
WhatsApp receives the messages received as soon as the phone is connected to the internet and can also make phone calls.
You can use Whatsapp to send messages on Android, iPhone and via Whatsapp Web site.

The Facebook Messenger is the first alternative to Whatsapp and is, practically, the chat of Facebook users with billions of registered users. Facebook Messenger is, therefore, the ideal app to send friends on Facebook. The functions are always the same, with chats, messages, groups and even audio calls and video calls and sending of photos and videos. The application focuses a lot on the fun and social sides, so there are many games to play on chat with friends and then also the possibility of sharing stories and lots of fun “live” camera effects to use to make funny pictures and dress up. Facebook has two versions of its chat, Facebook Messenger complete chat in Facebook Messenger Lite, a lighter version with only chat and message functions. You can use Messenger on Android, iPhone and even from the Messenger Web site on PC.

Telegram is one of the most popular privacy messaging apps.
The messages exchanged in Telegram are encrypted and impossible to read by those who have not received them.
This makes it one of the most secure messaging services around.
The app has many more features than Whatsapp: file sharing, cross-platform support, unlimited group chats, cloud space, bots, and automatic sign-up responders, self-destructing messages and much more.
You can download Telegram for PC Android and iPhone and even if the number of active users is much lower than Whatsapp, for the features it includes you can consider it the best app for messaging.

Skype is the oldest of the messaging apps, from Microsoft, available on PC, Android and iPhone.
In reality, however, the primary purpose of Skype is not chatting, but rather that of phone calls and video calls.
Skype, unlike Whatsapp and Telegram, works with standard email and user registration or with a Microsoft account.

This application is a novelty of the last year, which soon became the preferred communication platform for online video game players.
Discord is one of the best messenger apps for players, with cross-platform support available via web, PC, Android, and iPhone.
The app has text chat, group voice chat, support for GIFs and above all has an excellent organizational system different from the normal chat or message apps, much appreciated by those who play online.
It is also completely free, without purchases or in-app ads.

This is the freest chat, the one that is also used for online meetings because it allows you to remain anonymous and covered by a nickname without necessarily having to provide a phone number.
Wishing we could say that a return to the past, a traditional chat that with the success of Kik has returned to being current and much appreciated.
The app is particularly used by players on smartphones and by those who love casual chats even with strangers.
Kik Messenger can be downloaded for Android and iPhone.

READ ALSO: 10 App for anonymous chat and messages even with random people

For several years Viber has been the best alternative to Whatsapp and also to Skype because it works both as a chat and as an app to make free calls.
Even today it remains among the most popular messaging apps of all time, complete with every function including self-destructing messages, group chat, video messages, video chat, stickers, and other functions.
While as a chat is little used, it is still good for phone calls.

READ ALSO: Call and message for free with Viber from PC and mobile

Snapchat, the photo and selfie app it is also an excellent application to chat in a fun way, send photos, videos, make video calls and much more.
As a chat app, it is very special, it supports voice calls, video messages, picture messages, and text messages.
The service eliminates messages after viewing, so it is used a lot by young people and for the exchange of private content.
Many of the features of this application have been imitated by Instagram.

Who wants a messaging app that is really armored by any possibility of espionage, can use Signal, which has as its main function the secret and untraceable chat, not even from the CIA.
The signal can be used for free on Android, iPhone, and Web and it’s the safest app you can find.

WeChat is the main competitor of Whatsapp in Asia, the most used in China to send free SMS messages even with photos.
Although it is now a bit dated, we had written a comparison between Whatsapp, WeChat and Viber in the past.
Although as the total number of users it is the third chat in the world, in Italy it is little used.

Instagram: the Repost is in development, a novelty is being tested for the Reels

Antiviruses spy on us and monitor us?