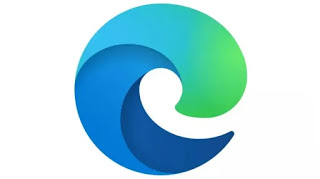 When in December 2018, Microsoft announced that they were working on a new version of the Microsoft Edge browser based on Chromium, Google’s open source platform on which Google Chrome is based, everyone was pleasantly surprised. While the first beta was released in April 2019 giving everyone the opportunity to try it, starting today, finally, the previous version of the Microsoft Edge browser integrated in Windows 10 is replaced and updated with the new Edge Chromium on all PCs. Not only that, Microsoft Edge, which until yesterday could only be used on PCs Windows 10 (as well as on Android and iPhone smartphones), it is also available for Windows 8.1, for Windows 7 (support until 2021) and also for Mac.
The fact that Edge is based on Chromium, even if it brings the Microsoft browser to be more similar to Chrome, is still good news, because it allows its users, not only to be familiar with the settings and options, but also and above all because it becomes possible to install on the Edge the extensions of the Chrome Web Store, numerous and often indispensable.

Starting today, The new Microsoft Edge browser is automatically installed as update on Windows 10, directly from Windows Update. If you want to speed up the installation of the new Edge, you can use this direct link from the Microsoft site. The installation of the new Edge replaces the previous version of Edge (which then disappears).
In case you want to keep the old Edge on your computer, you can install a Microsoft Blocker Toolkit tool that prevents the distribution of Edge via Windows Update.
Furthermore, as mentioned above, Edge can also be downloaded for Windows 7, Windows 8.1 and for Mac, in a stable and definitive version, using the link above or also using the Microsoft website of the beta versions Microsoftedgeinsider.com. If you download the Edge Beta on Windows 10, it does not replace the old Edge and can be installed as a separate browser. The new Edge can also be distinguished from the old one by the new blue and green icon which replaces the icon with the blue e (which reminded too much of Internet Explorer).

How Edge changes and features of the new Microsoft browser

Being Edge based on Chromium, it is very similar to Chrome, with a different graphic design (very different), but with the same options and functionality (even something more).
The interface of the home board which shows the search bar in the center, the icons of the most visited sites at the bottom and then, below, a section with the news of the day, you can edit it. By pressing the gear icon at the top right (the one in the background), one of the can be selected three layouts available for the New Tab: Research, blank page with search bar and icons of the most visited sites, Inspiration, adds a background image extracted from Bing, and while Information, the card most similar to that of the old Edge, with the flow of news from Microsoft News to read. You can also press on Customize to choose whether to hide the news, whether or not to remove the background and whether to display the icons of the most visited sites, leaving only a black background with a search bar if you prefer. Still from the gear menu, you can cchange the language of the news, therefore choosing those from sites in Italian.
As for the news section, you can press on the word Customize located in the header at the top left to choose the topics of the news you want to read.

At the top, in the address bar, there is the button to add favorites and to view the options menu (the one with three horizontal dots), which is practically the same as Chrome. There are therefore buttons to manage history, open favorites, see the progress of downloads, install and manage extensions, save a page, print and also a key to hear reading by voice.
Clicking on Settings you can choose to view the many browser configuration options, with the ability to access your Microsoft account for synchronize favorites between PC and mobile phones, with the possibility of import bookmarks from Chrome or other browsers, with the password manager and then the privacy settings. In the settings it is possible change language and put Edge in Italian if it was downloaded in English. It can also change default search engine, replacing the useless Bing with Google.
Another interesting tool from Edge, which is missing in Chrome, is that of immersive reading. By opening an article like this, you can then press the immersive reading button that appears next to the star to add to the favorites on the address bar. The article will then open in a new customizable graphic (you can also use the night mode), with the possibility of listening to the reading by voice.
To top it off, the best part about the new Edge is that you can install Chrome extensions. Visiting the Chrome Store you are asked to enable the “Allow extensions from other archives“at the top and just give permission to install all the extensions you want, directly from the Chrome web Store. Since the Chrome extensions all work without problems, I would say that Edge can be considered really a serious alternative to replace Chrome definitely, especially if you like graphics and if you no longer want to be linked to the Google account.

How to activate multiple time zones on Windows 11 and 10

If the notebook runs out of power quickly, how to increase the autonomy

IPhone settings to check every month

SSD drive or HDD hard drive? what differences and advantages?