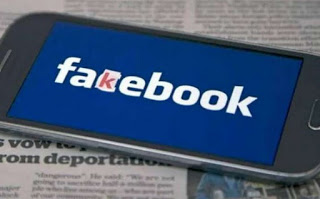 More and more often we find on the social news, images with captions and videos that report a “tarocca” news also called fake news, with the aim of attracting users who are not careful or eager to share information-driven to make an opinion appear despite the news has not no foundation (political fake news often gets this kind of effect).
If we find completely false news or sharing on our home, it is not enough to scroll and let it be forgotten but we can actively intervene by reporting the fake news to Facebook, which will (after numerous reports and a careful investigation) definitively block the content.
Let’s see in this guide how to report Fake News on Facebook and Twitter, the two social networks most targeted by this form of diverted information.READ ALSO -> Fake News: how to recognize them and avoid false news

Facebook is the site with the fakest news in circulation since it is very easy to create (or run) them using the channels, the groups and sharing with many contacts (a “share without reading” strategy typical of those who don’t know use information tools well).
As soon as we run into fake news in our Facebook stream we click on the top right of the post (on the three dots) and then we click on the item Provide feedback on this post. 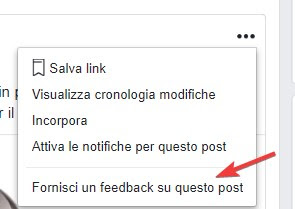 A new window will open where we will be able to choose a series of items regarding the reports; for fake news, we select the item False news and click below on Submit. 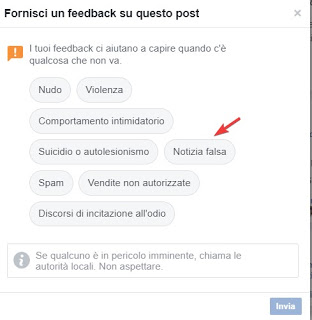 The post will be correctly reported and will be managed by the dedicated Facebook service. It is not said that the fake news will disappear immediately, but if a post receives many reports of this type we will contribute to making it disappear definitively from the social blue.

If we use a lot of the Facebook app from mobile (smartphone and tablet), we can also report fake news from here.
First of all download the updated Facebook app using the links here -> Facebook (Android) e Facebook (IOS).
Once inside the app we identify the news that we believe to be fake news, we tap on the three dots at the top right of the post and then on the entry Provide feedback on this post. 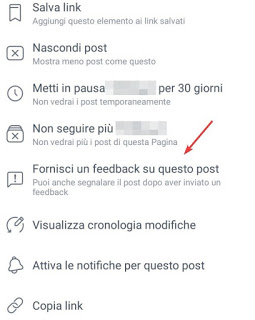 A page similar to the Web version will open where we can select the False News item, so as to leave a trace in the Facebook reporting system and help the social network to remain a free place from the now rampant fake news.

Fortunately, Twitter is less subject to fake news, given that it is a bit more “serious” as a social network and also considering that the majority of users who help spread false news only know Facebook as a social network; however, they are also present on Twitter, so it is better to know how to intervene.
If we use Twitter and see fake news appear in our stream, we can quickly report it by clicking on the small arrow pointing down at the top right of the tweet, and using the item Report Tweet. 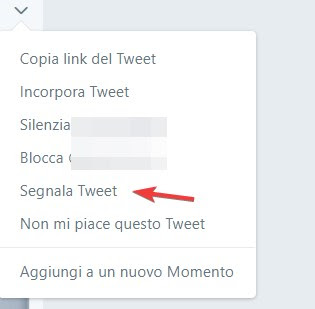 A new window will open where we can choose what type of message to send; for fake news, we recommend using the voice Spam. 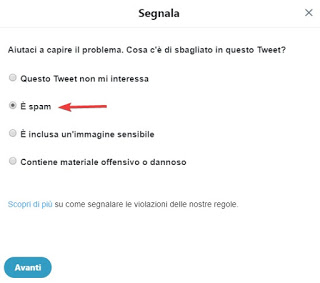 We click on Next to confirm the report. The Twitter control system is definitely more effective than Facebook, and very soon the fake news will be deleted or end without a hashtag, so that it will no longer be directly visible to all users. 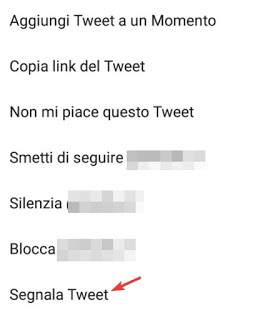 We indicate as already seen above the Spam nature of the post, so as to help Twitter keep the social clean from false news (the control system seems to be much more effective, just a few reports are enough to see real fake news disappear).

The reporting of the fake news is only the first step: if we see a page that only distributes false news (maybe it does it for money or to obtain an opinion advantage), we absolutely have to block it to prevent other fake news from appearing on our social networks ; let’s see how to block pages that distribute this type of inappropriate content.

Once the reporting on Facebook is finished, the system will offer a series of solutions if the page from which the fake news was started was present among our favorites or appears often among our posts. 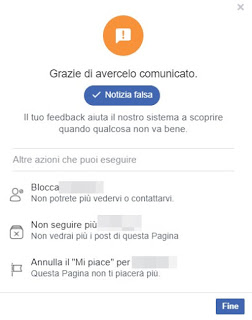 We will be able to choose whether to block the page (we will never see any of its contents again and we will no longer be able to access it), if we no longer follow the page (we will keep the Like but we will no longer see news on our stream) or we can remove the Like from the page if we had added it in the past.
The most drastic but effective solution is certainly the button Block, but we can choose how to behave according to the situation (in some cases reporting the fake news should be enough).
If the site insists on showing false news, better block it.

If the user or the page that sends fake news from Twitter continues to bother us, we can always silence or block it by clicking again on the arrowhead of a suspect post and using the buttons. Mutes or Block. 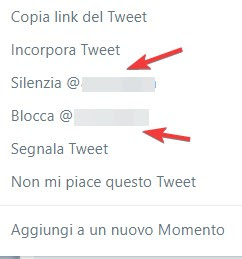 Mutes will prevent you from viewing additional posts on the page (without blocking their access), while Block will block any type of access or display, thus leaving your stream finally free from the fake news broadcast by that user or from that page.

How to use the new Windows Explorer 10

How to save the history if we are incognito

How to format Windows 10

How to archive documents