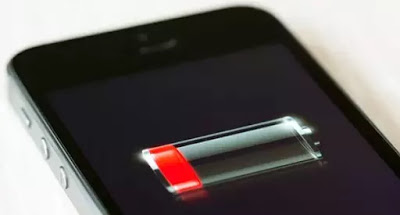 That all the phones and even the computers slow down over time is known, because the operating systems are enlarged and because the applications become more and more full of functions that ask for memory.
What could not be foreseen is that a smartphone can become slower because it is forced by its manufacturer to use less power.This is the recent truth coming out after some tests that have advanced the suspicion that Apple slows down older iPhones through special instructions in iOS updates that ask to slow down CPU cycles if the battery is not new enough.
This suspicion, described on Reddit, has been confirmed by Apple said to slow down iPhones with old batteries.
Of course, this has fueled the strong suspicion that Apple does not slow down previous iPhone versions to do users a favor, but rather to get them to buy a new one.

Apple’s justification lies in an atavistic problem of the iPhone, namely the fact that the battery, over time, has less autonomy, but also causes crashes.
In practice, instead of having only shorter battery life, the phone turns off unexpectedly every time it tries to extract more energy than the battery could provide.
To correct this problem, therefore, Apple has made sure, in the latest iOS 11 updates, to slow down the phone processor as the battery deteriorates.
This correction has been applied to iPhone 6, iPhone 6s and iPhone SE (therefore not to iPhone 5 and 5S) to attenuate instantaneous peaks in energy demand and prevent the phone from suddenly shutting down.
The same function has also been extended to iPhone 7 with iOS 11.2 and will be applied in the future also on the latest iPhones.

In conclusion, it is absolutely confirmed that on an iPhone with a bit old battery, the slow processor.

To check that your iPhone is affected by this phenomenon and it has the slowest processor when it was new, you can download the Geekbench app (costs one Euro), which runs a benchmark and scores the processor.
Under normal conditions, this score should be:
iPhone 6 and 6 Plus: 1620
iPhone 6s, 6s Plus, and SE: 2500
iPhone 7: 3500
If you find lower values ​​a few hundred points, then the processor is slowed down and the iPhone has decreased its performance.
This is very likely if the phone is older than two years.

The natural consequence of this is that to bring back the iPhone fast you need to change the battery.
If the iPhone has become slower than when we bought it new, the cause is the poor health of the battery, so its replacement will give the phone a new life.
Not only will the new battery last longer, but the processor will also return to work at maximum speed.

Replacing an iPhone battery is easy, but not too cheap.
In fact, it needs to be taken to the Apple Store or to reliable specialist shops that will request between 60 and 100 euros for the replacement.
If you want you can follow the tutorials on Youtube and buy the battery for the iPhone on eBay, even if this is not a simple job for everyone, also because there is a high risk of doing damage and breaking the iPhone.

The question now is: Can we believe that Apple slows down old iPhones for the sake of its customers or is it just a petty move to get them to buy a new iPhone?
I personally believe that this technique of limiting the power of the processor when the battery has deteriorated is a smart and clever move if it weren’t that it had been kept well hidden and spread only when accidentally discovered by someone.
This omission makes everyone very skeptical about Apple’s reasoning and the suspicion that actually old iPhones are being slower on purpose to encourage the purchase of a new one is very strong.

If nothing else the facts are now clear, then all those who have a slow iPhone of two years ago would do well, given that it is a smartphone still very good today, to pay for replacing the battery so that it returns quickly almost like new.

Build yourself a perfect PC to buy on Amazon

Best cooking and restaurant management games for Android and iPhone

How to choose the new notebook in 2020