Home Pc Guide If Windows 10 doesn’t work or doesn’t respond, how to solve 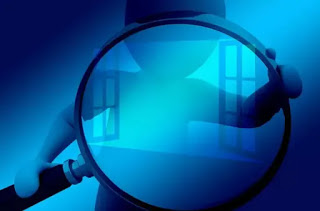 After 4 years of updates and new versions, Windows 10 has grown a lot in terms of functionality, in terms of performance and also in terms of stability with a lower propensity to error and a better ability to repair itself in the event of problems. Just think, for example, of the tools to cancel feature updates or the automatic execution of troubleshooting tools, which we will discuss later. Despite this, Windows 10 is not (and never will be) free of defects, so it can happen that it stops working, that it freezes, that it restarts with an error or that it does not respond to commands.
We can have several cases of these malfunctions, for example, if it doesn’t work after the start, or after the login, or after an update, or after loading the desktop or after a few minutes of using the computer.
If, therefore, Windows 10 does not work because there are problems like these just mentioned in which the computer stops responding to mouse clicks or keyboard keys, let’s see what the best ways to solve the problem.READ ALSO: What to do if Windows 10 freezes or slows down

Not everyone knows that Windows 10 is updated by Microsoft twice a year with a new version that improves the existing features, adds new ones and corrects the detected defects. Upgrading Windows 10 and making sure you have the latest version is the first way to solve computer problems.
Press the button Windows + I to open Settings, to select Update and security and check for updates that may include functionality, bug fixes, and patches.

In some cases, the PC may instead have problems following one of the updates released by Microsoft. If this were the case, you can go back to the previous version of Windows 10 with a simple click, going into Settings> Update and Security> Recovery.
It is also possible to uninstall Windows updates if they cause errors even though this may be more complicated to do.

One of the reasons that Windows crashes or stops responding can be tied to obsolete hardware drivers. Drivers are software that allows the computer to run their hardware parts. The video driver, for example, manages the use of the computer’s graphics card and is responsible for what you see on the screen. Most drivers in Windows 10 are automatically updated via Windows Update, so using the automatic system update you should have no problems.
However, if some device does not work or does not respond, then you can download drivers to be installed safely as explained in another article.

Windows 10 comes with a set of integrated troubleshooting tools that can find and resolve many of the most frequent errors that occur on the system, such as the operation of Bluetooth, the network, the printer, the apps, the Start menu and several other things.
Then open the Settings> Update and security to find the section Troubleshooting where you can launch one of the automatic tools for specific types of errors.

3) Scan for malware and viruses

Most problems with the Windows 10 system come from malware, which may have infected the computer making it unstable, slow or causing it to be blocked often. In case there is even the suspicion that the PC may have been affected by a virus or malware, it is absolutely necessary to do a complete scan of the files with the free program Malwarebytes Antimalware, among the best and most renowned.
If that’s not enough, follow the procedure to remove malware and viruses from the infected computer.

SFC stands for System File Checker and is a tool that checks Windows files and repairs them if some of them are damaged. This tool works automatically and is a great way to repair corrupt system files that can be responsible for a number of errors like that of the file not found or corrupted.
To launch this SFC scan, open the command prompt from the Start menu (search for it and right-click on it to run it as an administrator) and enter the following command.
SFC / scannow

Restart the computer at the end of the scan and check if Windows works properly again and respond without error messages.
In another article, the guide to SFC Scannow

With a clean boot, you can start Windows 10 with only the Microsoft services running, excluding all external programs. in this way, you can then uninstall and remove the programs that give an error (if this is the case).
To solve Windows problems using a clean boot, press the Windows + R keys together and execute the command MSConfig.
On the General tab, press Selective start and uncheck Upload startup items. Restart the Windows 10 computer and check if the problem has been solved; if all goes well, then the fault of the malfunction is certainly one of the programs installed, to be identified and removed.

In the case of program and application errors, to identify precisely who is responsible, you can use the event viewer. Search for the event viewer from the Start menu and open it looking for, in Windows logs, errors at the Application level and at the System level. In another article, we saw the guide to fix Windows errors from the Event Viewer.

The most likely cause of a computer that is not responding is a problem with RAM, perhaps insufficient or damaged. To check the existence of errors in the computer’s memory it is possible to search, in the Start menu of Windows 10, the memory control tool called mdsched.exe. You will then be asked if you want to scan the memory immediately or after the next restart.

If the hard disk is slow or defective, a PC may not work properly and slows down its performance. Disk checking is one of the basic tools of Windows and it’s always worth using it to make sure there are no bad sectors or corrupt parts. To launch the Windows Scandisk, open Windows Explorer, right-click on the drive you want to control, go to Properties and then, in the tab Instruments, launch the Error Checking.

If your computer has too many problems and too many slowdowns or sudden crashes, without wasting too much time making a complicated diagnostic, Windows 10 offers the tool Reset PC, which allows you to reset Windows 10, resetting the settings and options and removing all installed programs. Instead, all files saved on the disc such as documents, photos and music will be kept.

As already explained in the guide on how to open the Windows 10 recovery console, this is the most important tool for solve problems if Windows does not start properly and does not allow you to access the desktop and use normal tools. In the recovery console you will find the tools to reset the PC, to restore a backup, restore a previous configuration or to open the command prompt and perform manual corrections.

READ ALSO: How to Repair the Computer by yourself without going to the technician

Full access (Ownership) of files and folders in Windows 10

How to mirror iPhone screen to Mac

Types of FTTH fiber optics: which is the best?