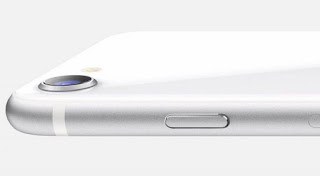 Apple has launched the new iPhone SE on the market, sold as a mid-range smartphone so as to be able to bring the world of Apple even those who do not want to spend 1000 € and go for a high-end iPhone. This Apple smartphone should compete with hundreds of Android smartphones sold under € 600: iPhone SE outperforms all competition or Android smartphones are still the best to bet on in this price range?
In this study we will show you what are the technical characteristics of the iPhone SE and we will compare them with Android smartphones with a similar price, so that we can carefully evaluate if you should buy iPhone SE 2020 or better find your way among one of the many alternatives with the Android operating system.

READ ALSO: Which iPhone is worth buying today? versions and models available

iPhone SE: convenient or not?

Below we will show you the technical characteristics of the new iPhone SE by examining the model with the lowest price and we will compare it with some latest generation Android smartphones with a similar price, so you can decide if it is better to focus on the Apple product or it is preferable “keep away”. 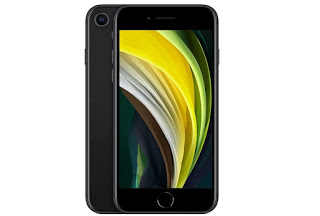 This smartphone is sold on Amazon for less than € 500, a very competitive price when compared to other Apple smartphones and which in fact replaces the old iPhone 7 and 8 (of which it follows the design very faithfully), which in fact are no longer sold as new from Apple on its sites.

Among the shortcomings and defects found in the data sheet we point out the absence of the unlock with the face (Face ID), a screen with old proportions (since all go for the 21: 9), a very small battery and the lack of a multi rear camera, now a must for everyone the new phones that debuted in 2020.

After having seen together the technical characteristics of the new Apple iPhone SE, we show you below what we believe to be the best rivals with the Android operating system (maximum price 500 €), so that they can compare their data sheets with that seen in the previous chapter.

The cheapest smartphone we can compare the iPhone SE with is Xiaomi Mi Note 10, on sale on Amazon for less than € 400.

If instead we want to face the iPhone SE with a Samsung phone, it is better to take a look at Samsung Galaxy Note10 Lite, on sale on Amazon for less than € 400.

Another very interesting rival iPhone SE smartphone is the realme X2 Pro, on sale on Amazon for less than 450 €.

Finally it is worth taking a look at the most expensive rival in the list that we have created, namely the Honor 20 Pro, on sale on Amazon for less than 450 €.

As we have seen the new iPhone SE is definitely a step behind all Android competitors taken into consideration, at least from the hardware point of view: in some cases the gap is truly abysmal (64GB against 256GB of internal memory!).
But it is not with the data sheet that we have to choose a new phone: among the users of the iPhone SE we can surely find all the users who want a new phone with the design of the old iPhone 7 and iPhone 8 (far from the shapes of the iPhone X and later) thus obtaining a system ready for future Apple updates.
If, on the other hand, we are undecided between an iPhone SE and a new Android, we recommend without a shadow of a doubt one of the Android phones seen above, which offer hardware that can also compete with the iPhone 11.

Do we have an old iPhone SE or any other iPhone and want to switch to Android? We advise you to read our guides immediately Transfer Contacts, Photos and Apps from iPhone to Android on the new smartphone is Switch data from iOS to Android without losing Contacts and Photos.
If, on the other hand, we do not know which Android-based operating system to choose, we can deepen the topic by reading our article Which Android smartphone has the best system.

Speed ​​up the iPhone and optimize iOS