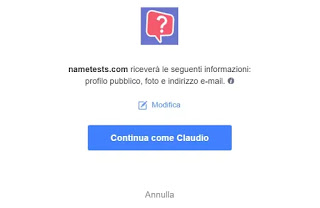 The news on the theft of data on Facebook is on all the front pages of today, with great indignation from everyone.
Even if the newspapers do not understand very well what has happened of so resounding, wanting to summarize briefly what happened we can discover that, in reality, it is nothing transcendental.
The facts speak of society until now unknown called Cambridge Analytica which has collected user data via polling applications on Facebook as there are dozens, has organized the data with the so-called profiling activities and sold them to Trump and others interested, although he shouldn’t have done it.
Those who bought these data then used them to target targeted advertising campaigns and convince those who did not think like Trump, to vote for him.
The problem is that Cambridge Analytica did not tell users who used its application how the collected data would be used, it also collected data on their friends, surely going beyond what was allowed.This is an important story that shows all the dark side of social networks in general and of Facebook in particular, even if it is currently told incorrectly and confused by many newspapers, even those that should be experts in technology.
The reality of the facts is that there was no data theft, because Facebook, basically, sells our profile data as it has always done.

Cambridge Analytica is one of those web marketing companies that do specialized analysis to personalize customer advertising.
The analyzes are based on the data that all people provide on the internet, in particular on Facebook.
Cambridge Analytica then worked on Donald Trump’s 2016 presidential campaign for which he used the data of 50 million Facebook users to target advertisements to potential voters who could be deemed receptive to the campaign message.

While we are not too surprised by the fact that people change their minds about who to vote based on advertisements, the real question in this story is: how did Cambridge Analytica get so much data?.
The answer is the polls, the ones we often do on Facebook (like those of Nametest), which Cambridge Analytica has implemented through an app.
The polling application, however, said that the data collected would be used for research, in a completely legal manner and compliant with Facebook policies, without going against the profile settings of its users.
The fact that the data was then used by Cambridge Analytica for purposes other than research was a simple one breach of the Facebook developer’s agreement.
While about 270,000 Facebook users have downloaded the survey app, Cambridge Analytica has collected data from 50 million users who were Facebook friends of people who downloaded the app.

Facebook policies and default privacy settings allow apps to collect huge amounts of data from profiles.
In theory, this information should be used to deliver a customized product, which is usually customized advertising.
Every time we install Facebook applications we are told what data they can read.
Also in this blog, we have spoken several times about removing Facebook applications with too many permissions that violate privacy.

Facebook is a business, and that business is not a social network, but advertising.
On Facebook, everything is free because it is a channel for collecting data and distributing advertisements.
Most users are absolutely happy to take surveys, fill out profiles, post interests, deliver files and log searches.
Like Facebook, even for other companies like Google, it’s all free because it records all those searches to create a profile of each person to whom to target certain advertisements.
This is how the internet works, where most people don’t want to pay anything but are willing to give up some of their personal data and be cataloged and profiled in some database that can be sold to some marketing company.
This is how the modern network works, it is not a mystery and even though it may be something we do not like, there is nothing illegal.
What happened is not against the laws, and I don’t think there will be consequences for the Cambridge Analytica company, to which Facebook has requested the deletion of data, without however having any means of enforcing the request.

What is not right

In this whole story, however, Facebook comes out really bad, because even if it is a business model is more than known, the fact that my data was readily available for exploitation by external companies just because I’m friends with someone who used an application it is absolutely wrong and absolutely unjustifiable.
The profiles, reflections, likes and seemingly innocent and private sharing were extracted and assembled in a database that was exploited for electoral purposes and this is even more terrifying than if they were used for advertising purposes.
They, therefore, take people’s fears and weaknesses by addressing personalized electoral messages, which also break into those who consider themselves independent and those who have a decent cultural level.

What happens now?
Certainly, no one will be able to trust Facebook, the trick that was widely known but remained hidden was discovered and made obvious even to the most naive.
Perhaps it is the case to give a higher value to the data that concern us, without giving them so free to some companies.
Deleting the Facebook profile can be a drastic choice today, but limiting the information we publish would certainly be very wise.
If you want to continue using Facebook, you must definitely review the privacy settings, the profile information, which apps are authorized, what was given to the Like and what we post.

You no longer need to have any trust in Facebook or in any other company that wants personal data that you would not communicate to strangers, we should stop accessing apps or services with the Facebook profile, you absolutely must stop doing quizzes like Name test.

UPDATE: Facebook has made available an online tool to check if our profile has been used by Cambridge Analytics with its application “This is Your Digital Life”

How IPTVs work and what they are

Most fun free Christmas games on Android and iPhone