Home Technology Transform and use the tablet as a laptop 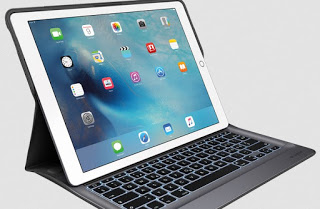 Steve Jobs once theorized that tablets would, at some point, reach normal desktop computers and supplant the laptop market. In his speech, Jobs had made a comparison between trucks and cars saying that before, when the country was predominantly agricultural, trucks were more used than cars, because that’s what was needed; then urbanization changed everything, and the car became more popular. The PC is the truck, the tablet is the machine, smaller, leaner, faster. Although I personally do not consider this similarity so apt, it must be admitted that Steve Jobs’ prediction has come true, at least partially.
The tablets they will not be able to completely replace fixed PCs, especially in offices, but certainly they can be excellent substitutes for laptops. Desktop and laptop computers will not be made obsolete by tablets, but they are certainly less necessary and more replaceable today.
The more time passes the more it becomes at hand and in the wallet use a tablet as if it were a laptop.
In this guide we will show you how to turn the tablet into a worthy replacement for the notebook.

How to turn your tablet into a notebook

Obviously most of the tips that we will find below allow to improve the user experience and the usability of a tablet, so as to make it comparable to a notebook. The starting tablet, however, must be sufficiently powerful and with a display of at least 10 inches to be able to compare with any notebook.
For this reason, we will first recommend the tablets that can replace a notebook and only later we will show you what we can buy to make a tablet usable as a laptop.

Even if the tablets will never be comparable to a fixed PC as power, they can approach those results, so you can use the most common apps without slowing down.

The first tablet that we recommend you to view is the Microsoft Surface Go (€ 424). 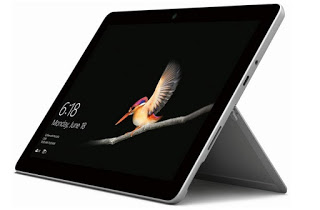 If instead we seek the maximum of Microsoft technology, we can bet on the Surface Pro X (€ 999).

This tablet has a removable keyboard and boasts a PixelSense screen edge-to-edge 13-inch, 8 GB of RAM, 128 GB of internal SSD memory and Windows 10 operating system. 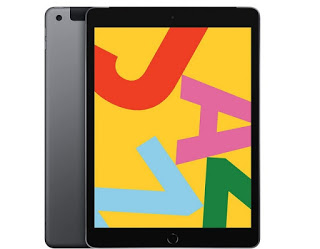 With this we will have a 10.2-inch Retina display, A10 Fusion Chip, Touch ID and Apple Pay fingerprint sensor, 802.11ac Wi-Fi and 4G LTE Advanced cellular networks and iPadOS operating system.

If instead we are looking for the top of the Apple range, we must view the Apple iPad Pro (€ 899). 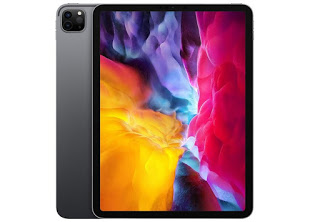 If you prefer to save money, we can certainly to spend less by buying one of the Best Android tablets

Accessories to use a tablet as a notebook

After choosing the tablet, make sure you can use the following accessories or install the apps and services that we recommend below, so you can easily use the tablet for work, study or to be able to write without difficulty.

If we have to work for many hours on a tablet, it is necessary to put it in a position that can be used as a monitor resting on the table. For an iPad or any modern tablet you can buy a case or Cover with vertical support, such as the UGREEN Tablet Holder (€ 12). 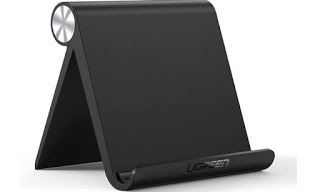 The tablet can therefore be placed on a flat surface, it can be angled in various ways and, if we choose the cover with support, it can be closed again to cover the screen and put it in stand-by.

It is obvious that in order to work effectively it is necessary to have a keyboard to make it truly like a laptop, as well as a trackpad or mouse.
As for the mouse, in a tablet just touch with your finger on the touchscreen to do all the operations, then the mouse is useless and you don’t really need it.
The physical and true keyboard, on the other hand, can be superfluous if you use the tablet a little to write, but it is essential if you want to work as you would with a laptop. A tablet like the Microsoft Surface already includes a keyboard / cover that can be quickly detached and attached.
If the chosen tablet model does not have a keyboard, we can use any Bluetooth keyboard such as the OMOTON Bluetooth Wireless Keyboard (€ 17). 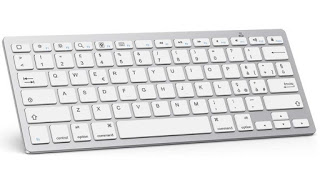 This keyboard connects via Bluetooth with all modern iPads and with the Surface, so that you can immediately start writing as if we were in front of a notebook.
Many covers for iPad and Surface already include the keyboard, so you can close the tablet and carry it around without thinking about having to place a separate keyboard.
Only on Android you can use a normal keyboard with USB adapter which costs no more than 5 Euros.

Even if all tablets have touch controls on the screen, it can be a good idea to connect a Bluetooth mouse, so that you can make the best use of the apps. The mouse that we recommend to place side by side with the tablets seen before is the OMOTON Bluetooth Mouse (13 €). 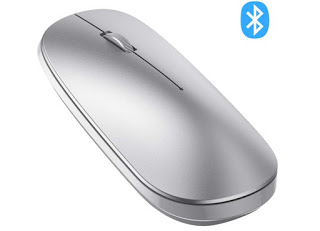 Even in this case, just connect it via Bluetooth to the tablet to be able to replicate the operation of the classic PC mouse (on the Surface it will work much better than the iPad, given that Windows 10 is already ready for use with the mouse).

To carry all the accessories and the tablet itself we can rely on a dedicated bag such as the tomtoc Tablet Bag Case (€ 25). 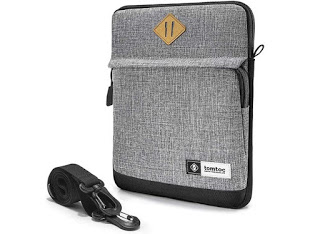 This bag has all the necessary pockets and space to store the tablet and most of the accessories seen a little while ago, so you can use the tablet on the move.

Additional space
In addition to the possibility of using micro SD cards to increase storage space, you can use a USB mini-pen on Android as extra OTG memory on smartphones and tablets

Applications and services to replace the notebook

Once the accessories are settled, the next step is to install the applications. The tablets shown above have Windows 10 and iPadOS as operating systems, widely compatible with all the most famous apps.
We have seen in other articles:
the best apps for iPad
The best apps for Android tablets (among these we also have tools for open applications in windows as on a PC Windows that are ideal for transforming the tablet into a true multitasking computer).

To take quick notes, write documents or write a blog, there is always a specific app. To work on the computer the most important program is Microsoft Office Word, Excel and Powerpoint.
– Office 2019 is already present on Microsoft Surface
– For iPad you can download the Word, Powerpoint and Excel apps
– Best Office apps for Android and iPhone (in addition to MS Office) also excellent for tablet PCs.

Browser
Most of the browsers that are used on normal computers are also available on the tablets indicated at the beginning of the guide, without forgetting the already integrated browsers (Chrome on Android, Edge on Windows and Safari on iPad).
Below we have collected the links to download the most famous ones:

One of the easiest things to do on a tablet is to connect to social networks. All the major sites have official applications: Facebook, Twitter, Instagram to give some examples. An app like works well on tablets Skype (for Surface for Android and for iPad), which becomes easier to use than a desktop computer because microphone and camera are integrated into the screen.

You can listen to all types of music with a tablet through various applications, but the most comfortable and famous is undoubtedly VLC, available for both Surface and iPad.

A big difference between regular computers or laptops and tablets is the internal data storage space or, put simply, the disk space. Tablets have only recently offered very large storage spaces, but in order to manage a large volume of documents we recommend you rely on cloud storage services.

Most of them offer a free space to save data (Dropbox, Google Drive, Onedrive, pCloud, iCloud) and there are also many others of which there is an app to upload and open files, documents, photos, videos, music and more without taking up memory space or downloading only what you really need.

Connect to the computer from the tablet

In the end with a tablet you can’t do everything, therefore, if you really need some specific program, you can always connect to your computer in remote desktop and use it from the touchscreen.
Among the best applications to connect to a computer from a tablet are Splashtop is Teamviewer, but other similar apps can be viewed in our guide to Best remote desktop programs to connect remotely to your computer.

With the right accessories and apps we have transformed the Surface and iPad tablets into real computers, spending the right amount and obtaining a usability equal to that of a good notebook, without too many sacrifices in terms of speed or performance.

If we are undecided between a tablet model only Wi-Fi or Wi-Fi + LTE, we can remove all our doubts by reading the guide better a tablet (iPad or Android) only wifi and without data network.
Do we also want to take a look at the tablet models with Android operating system? In this case, we invite you to read ours Guide to buying a new tablet.

How to backup and restore your computer simple, fast and complete

Wireless speaker boxes to carry audio in every room or outside