Best Android games of 2018, the most competitive, the casual ones, with puzzles, puzzle games, and adventures 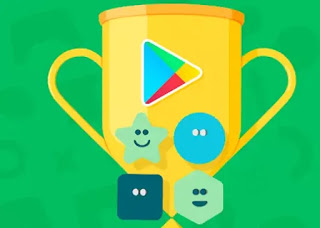 With smartphones increasingly connected to the internet, it is normal that the most beautiful games are also the most engaging in multiplayer challenges.
As in the ranking of best apps of the year, also that of the best Android games from 2018 has been divided into various categories, that of the most competitive games, that of the less known Indie games, that of the most innovative and original games, casual games or pastime.
The games on this list are all released this year and almost all free to download.

The winner of 2018, which is the game named as best this year, is PUBG Mobile, the multiplayer Battle Royale game that together with Fortnite has become the most played in the world in every platform, including Android smartphones.

The most competitive 2018 games on Android to play against other people are:

– PUBG Mobile also named the best game of the year.
– Warhammer Age of Sigmar: Realm War, an MMO game with epic battles, great graphics and heroes to be managed with a strategy in war.
– DRAGON BALL LEGENDS, the Dragon Ball fight game.
– Asphalt 9: Legends, the best car racing game on smartphones
– Badland Brawl, where you can challenge your friends on a physics-based battlefield, where the crafty wins and finds the best strategy.

The most innovative games of 2018:

– Gorogoa, an innovative puzzle game with colorful figures.
– Hero Hunters, a team shooter made of heroes chosen very funny and with great graphics.
– Battlelands Royale is a shoot Royale battle (type PUBG), but with a top view, more frenetic and more simplified.
– Umiro, a puzzle game with very suggestive settings.
– Life is Strange, perhaps one of the games with the most beautiful narrative worthy of a best-selling novel, a romantic graphic adventure where the story changes according to the choices you make.

The best indie games that will become mainstream in 2018 on the Google Play Store are:

– Returner 77, an exploration game set in a science-fiction world with many puzzles to solve.
– Reigns: Game of Thrones is an unofficial game dedicated to the TV series of the Throne of Swords, with a story to follow.
– Alto’s Odyssey, the new installment of the famous Alt’s series, an endless side-scrolling game of running and jumping on the mountains.
– Cube Escape: Paradox, is one of those games where it takes intelligence to escape from the room where you are trapped.
– Evoland 2, an old-fashioned RPG with 8-bit graphics and top or side views, combining different genres, from shooters to cards

The best casual games of 2018, ie those to play with other people, are:

– The Sims ™ Mobile, the famous game where to live virtually, build a home and relationships.
– Orbia: Touch and relax, a minimalist game where you play with the touch of a finger.
– Murder in the Alps, a graphic adventure with a compelling story, where you have to investigate a crime and find the culprit.
– Faraway 3: Arctic Escape, an escape game with lots of places to explore and puzzles to be re-imagined.
– Candy Crush Friends Saga, yet another version of what is perhaps the most popular and long-lived game of all time, where the contribution of friends is important to complete the paintings.

How to reset FRITZ! Box modems

How to use Telegram without number