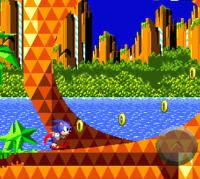 Even if on iPhone and iPad action games are almost portable videogames, with high graphic quality, it doesn’t mean that even on an Android phone, especially if it’s high-end like the Samsung Galaxy S, you can’t enjoy high-level games, beautiful and fun.
Although Android games can be browsed from the Google Play Store depending on their popularity, it is not so easy to find titles that are up to par and often need to try many before finding one you like.
This requires a more precise selection which, this time, speaks of best games for Android and iPhone in the Arcade and Action category, favoring games that can be installed for free but not forgetting some for a fee, but beautiful.

1) PunchQuest was the best arcade game for Android and iPhone a few years ago, still to be tried today for its speed and ability to entertain.

2) Dan the Man: Action Platformer for Android and for iPhone is an arcade action game that you can download for free, very funny, that looks like a 90s horizontal-scrolling video game shoot and jump.

3) Bad2Bad: Extinction, for Android and iPhone, is one of the best shooter games with a side view in circulation, simple and hectic, where you have to kill animal zombies. The game presents various secondary missions and in addition to the primary objective of finding the cause of the infestation, it is also necessary to deal with the rescue of survivors, the demolition of buildings and other operations.

4) Archero for Android and iPhone it is a fast and chaotic top-down shooter with a bird’s eye view, where you have to shoot at everything that moves.

5) Major Mayhem 2, for Android and for iPhone is a 2D horizontal scrolling action game where you shoot at all. It is a classic, fun to play and challenging at the beginning to learn to do pirouettes.

6) Tigerball for Android and for iPhone it is a very nice and original 2D platform where you drive a ball that runs veil and jumps. The game is fairly light, with decent graphics and compatible with most phones.

7) Shadow of Death: Dark Knight for Android and for iPhone it is a fighting game mix of action and role-playing elements, offline and playable everywhere.

8) Sky Force Reloaded for Android and for iPhone it is a free game of spaceships with a top view, old-time arcade-style, that is played by moving the spaceship with the finger on the screen.

9) War Robots for Android and iPhone offers exciting mech-on-mech fights against other players in team fights.

10) pinout for Android and for iPhone it is a Flipper game with futuristic graphics and continuous upward scrolling.

11) Fruit Ninja it does not need any introduction, it is the game where you cut the fruit with your finger, number 1 among the videogames for Android and for iPhone.

12) Smash Hit is one of the most popular games in the stores, where you have to drive a ball in an endless run, with a 3D view.

13) Crazy Taxi Classic for Android and for iPhone is a car ride on city streets where you go fast trying to avoid traffic and other impediments.
If you like the automotive genre, look at the list of the best racing cars, cars, and motorcycles for Android.

14) Infinity Shooting: Galaxy War for Android and iPhone is a classic arcade spaceship top view game, where you go ahead shooting at all the enemies that appear at the top of the screen.

15) Skater Boy for Android and for iPhone is a free game where you run a little man on the skate on the road, horizontally scrolling in 2D, making him jump and avoid obstacles.

16) Tacticool for Android and iPhone is an action shooter game with the tilted downward view, multiplayer, where to search and kill enemy players. The game’s extraordinary graphics and intuitive controls make this game one of the best arcade games.

17) Zombie Diary 2 for Android and for iPhone it is a fun action game for Android, similar to the old Arcade Metal Slug, with horizontal scrolling and really high-level graphics.

18) Sonic and Sega games for Android and iPhone, the most classic and fun arcades.

19) Stick Fight: Shadow Warrior for Android and for iPhone it is a fighting game with horizontal scrolling, featuring the Stickman stylized figure with a very fluid and neat graphic, so many bizarre weapons to choose from, full of adrenaline and fun action.

20) Retro Arcade Games, only Android, is a collection of classic Arcade games, including Pacman, Space Invaders, Double Dragon, and many others.

21) PPKP and for iPhone, it’s an arcade action game with really nice beat’em up elements. With pixelated graphics and 2D levels, you go on to defeat the baddies while also playing some mini-games that add variety and fun. You can also upgrade the character with stronger abilities during the game.

Other action and arcade games, only for high-end and high-quality Android smartphones are:

– Grand Theft Auto III (5 Euro), one of the most famous games of all time, now on Android phones.
Free violence, fast driving, and film history are the main features of this intense game.
– GTA San Andreaseven better, a splendid 3D game where you shave, drive and shoot without shame in a city similar to Los Angeles.
– ShadowGun (4.50 Euro) is a fantastic third-person shooter with exceptional graphics.
– INC (2 Euro) is an action game inspired by a comic book where you have to search for switches to be activated without being killed by enemies.

Leave a comment if you have other games to report and, to find others, go to the complete list of 30+ Best Android Games to Download for Free from Google Play

Best free apps for iPhone and iPad from the App Store