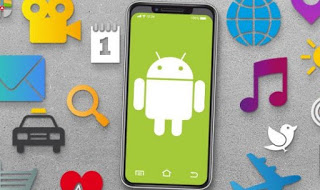 Android smartphones can be very different because the various manufacturers add their own functions and applications.
The Samsung, Huawei or LG smartphones, for example, have their own custom interface and differ from each other as if they had different operating systems (while it is still the same).
Other smartphones (like many of the Chinese ones) instead of the mount on the device the original version of Android, the one that comes directly from the Google developer factory.
The problem, both in one case and in another, is that the default apps are far from perfect.
Indeed, it is possible to find free applications on the Play Store that do the basic work of the mobile phone in a much better way and with lower consumption of resources, making it faster, smarter and more usable.
In this article we discover then the 10 best apps to replace the default ones on Android smartphones, so to add functionality, improve the user interface, send SMS, write with the keyboard, take pictures and much more.

To send and receive SMS the default app in Android is enough to receive and send text messages, but it could certainly be better, in fact in the other smartphones there can be different apps customized by the various manufacturers.
Android Messages is, for me, the best app to send SMS with Android, with an interface that follows the Android material design.

You can choose how to see the notifications that appear on the screen in the center to read the messages quickly.
In addition to Messenger, we spoke in another guide of the other app to send and receive SMS on Android among which we can choose so that we always have the best app to manage text messages.

A very useful thing present in the Samsung and Sony smartphones are the buttons in the notification bar to quickly switch on and off the various switches (WiFi, Bluetooth, GPS, etc.).
We have seen a list of the best apps to put an On-Off switch bar on Android, among which Notification Toggle and Quick Settings are noted, which place a series of customizable buttons on the notification bar to activate and deactivate the various functions of the mobile phone. 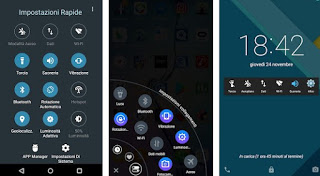 On Android you can change the main interface or the launcher; this applies to Samsung, Sony, Motorola, Nexus and all of them.
The launchers, the apps to modify the smartphone’s base interface, are very different from each other, trying them all will allow you to change graphics on the phone with just a few clicks.
One of the best is definitely Nova Launcher (free but with some paid features). 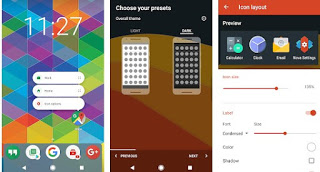 Besides Nova, we can also try: Evie Launcher, Microsoft Launcher, Apex Launcher is Flick Launcher.
These interfaces are simple and easy to use, fast, highly customizable, support the “Ok Google” voice command to start listening to Google Assistant voice commands at any time and look much better than the default ones, since they can also be customized according to needs: less flashy and more functional or with all the active features, so as to benefit from a modern launcher.
If you want more choices, we can read the guide where we talked about the best launcher for Android.

Android’s default keyboard is great but can be significantly improved by installing the application SwiftKey for Android, the most powerful writing app absolute.

With this keyboard, we will be able to write very quickly also thanks to the very intuitive and fast word prediction system and to the writing via gesture system.
The keyboard is easily customizable both in the theme and in the size and types of keys to be displayed.
If we wanted more choice we talked in another guide Best Keyboard and Writing App for Android.

On smartphones, you can greatly improve the camera to take pictures and shoot videos by installing the app Open Camera. 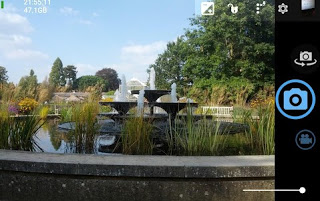 With this camera app, we will have access to numerous additional features to make the shots even more beautiful, making the most of the sensor offered on the camera.
In the case of the camera, however, the rule is that the default app offered by the manufacturer is usually always the best solution for taking high-quality photos (especially on Huawei and Sony), so we recommend using this app only if the photos are bad or we can’t get quality shots.

If we want quick access to smartphone features or apps we can use an app like Shortcutter Quick Settings. 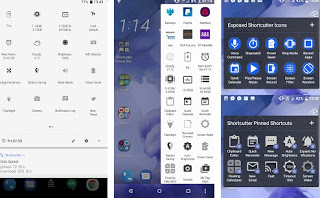 With this app, we can create retractable shortcuts and sidebars where you can insert frequently used applications, menu items, and toggle so that you have them at your fingertips simply by scrolling to one side or by opening one of the configured quick menus.
You can then quickly open Facebook, WhatsApp or the camera at any time, without having to go to the main screen.

As already described in another article, All-In-One Toolbox is the all-in-one tool for optimizing Android, very powerful and full of features. 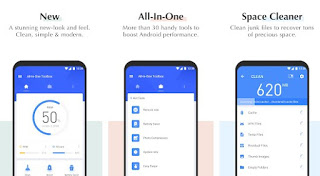 Using this app we will be able to fully optimize every Android feature, eliminating superfluous files, apps that haven’t been used for a long time, discovering what consumes the most RAM and battery and taking action to make the smartphone used even faster.

10) Widget for weather and clock

Weather and clock are the basic information that must be put on the main screen of the smartphone (at least in my opinion).
In some smartphones, the weather widget is inadequate, inaccurate or not very nice to see on the phone interface so it takes a different app.
1Weather is, in my opinion, the best weather app on Android ever, with different widgets including the one that also includes the clock. 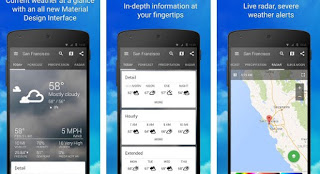 Transparent clock and weather it is a very valid alternative, to have the clock and the weather forecast on the screen.

11) How2do Tech is an indispensable and wonderful application to always receive technology news on Android, free, directly from this blog.

READ ALSO: Android app to have on your new phone or tablet absolutely

Calibrate the screen in Windows 10