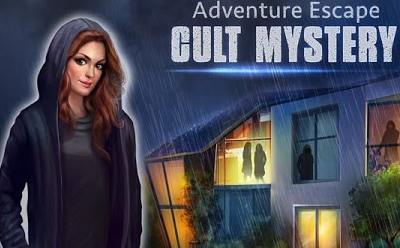 Adventure games are those that have a story, those where you guide a character along a path of battles, traps, paths full of dangers or even encounters with other characters, trying to overcome the various paintings and progress in the plot until you reach conclusion.
Adventure games can be action, reasoning, puzzle, point and click, RPG, Platform or even other arcade genres.
Practically there are hundreds of adventure games, but only some of them are really worth playing from start to finish in one shot, with a beautiful story and gameplay that holds onto the screen.
In this special selection, we try to make a list of 10 best plot adventure games for Android and iPhone smartphones, obviously which can be downloaded for free (although almost always there are purchases in the app to improve faster or unlock the levels first). READ ALSO: Games where you can find clues and hidden objects to solve mysteries (Android and iPhone)1) Lonewolf, for Android and for iPhone, a great game of “sniper” genre, where to play as a sniper, with a series of missions that follow a movie plot to be followed, also in Italian.2) Walkr: Fitness Space Adventure for Android and for iPhone it is a space adventure, with very nice graphics, where to play walk to go forward.
To “walk”, in this game, you mean just walking or running on foot with the phone in your pocket, also good for doing sports in a fun way.

3) The detective and escape adventures of Haiku Games, for Android, and for iPhone, with various stories to follow and to accomplish using intuition and trying to solve puzzles, mysteries like the best inspectors.

4) Assassin’s Creed, a best seller of videogames, which is offered free for Android and iPhone smartphones.
In this game, you can create a crew, explore the seas, win naval battles and experience an epic pirate adventure in search of a hidden treasure.

5) Criminal Case, one of the most downloaded games from mobile stores, a detective adventure where you have to discover the perpetrators of some murder cases by collaborating with the police.
Criminal Case is available, free, for Android and for iPhone

6) Dragon Land is a 3D platformer for Android and iPhone, similar to Super Mario, a checkered adventure, each with the final boss in the best tradition.
In addition to the many levels and the possibility of becoming stronger to tackle more challenging pictures, in Dragon Land, there is also a very fun multiplayer game mode.

8) Mystery Manor is a game of exploration in search of hidden objects, (Android – iPhone) free, with the possibility of playing for hours and days without respite.

9) The Lake House is a graphic adventure of exploration and resolution of enigmas, with a very well elaborated film plot in Italian.
The Lake House is free for Android (but requires the purchase of the full version to be completed) while it costs 7 Euros for iPhone.

11) Last Day on Earth: Survival is a wonderful adventure game for Android and iPhone where you have to survive the zombies.
In addition to shooting the living dead that meet, one must also explore the environment and team up with other people by forming clans.

12) Linda Brown: Interactive Series, for Android and iPhone, it’s a story that looks like a romantic and intrigue-free TV show, free, even if you need to earn tickets to see the scenes.

13) The Harry Potter game for Android and iPhone it’s a graphic adventure that will especially appeal to fans of the book and film series.

14) Life Is Strange, for Android and for iPhone, it is the transposition on smartphone and tablet of one of the most beautiful PC games ever, a romantic and mysterious story with multiple choices where the story and also the ending change depending on how you behave and the choices made.

15) Murder in the Alps for Android and for iPhone it is a beautiful interactive detective story set in the 30s were to solve mysteries, starting with the missing person at the beginning of the adventure. This is one of the best award-winning games of 2018.

BONUS) The Walking Dead graphic adventure for Android and for iPhone is a wonderful game that is like watching an episode of the show, with an original plot influenced by our choices in some important and critical points of history. The first episode is free and must be played, even if you are not a fan of the most celebrated zombie TV series ever.

The best Playstation, XBox and PC games redone for Android and iPhone