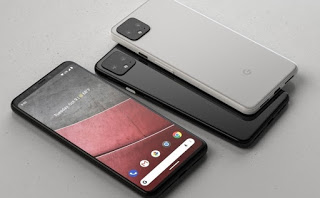 Google presented the new Google Pixel 4 and Pixel 4 XL, the smartphones produced directly from the Mountain View home both from a software and hardware point of view, thus placing itself on a higher level than all the Android smartphones seen so far. Being so highly optimized by the parent company, they are the only ones that can really be compared to the iPhone. Given the prices of these phones, it is unlikely that they will attract the attention of occasional users (given the competition from other manufacturers): these are to all intents and purposes smartphones for developers, useful for those who want to enjoy the full power of Google and have the real Android operating system, pure, optimized and without manufacturer’s modifications (just like the old Nexus line).
In this guide, we will show you all the features of Google Pixel 4 and Pixel 4 XL so that we can choose the best model for our needs.

We have decided to show you the features of Google Pixel 4 and Pixel 4 XL in various chapters so that you can fully evaluate whether it is worth buying one of these smartphones or better bet on other Android products. Obviously the enthusiast and the developer will immediately choose one of the Pixels!

The new Pixels feature a virtually identical design, only the screen size changes. 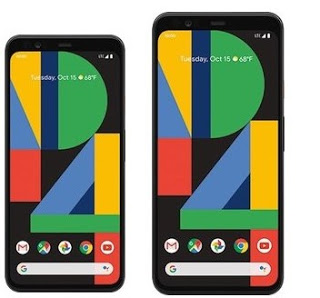 The basic version has a screen from 5.7 inches with 2200×1080 pixel resolution, while the XL version has a screen from 6.3 inches and a resolution of 3040×1440 pixels. The notch has disappeared compared to the previous “XL” model: no more similarities or confusion with the iPhone, considering that this feature was certainly not appreciated by Android fans.
Despite the screen differences the design is similar on both, with good readability of the screen, a high-grip rear surface (even with fairly flat colors), the rear camera protruding slightly (which may or may not like it) and all the keys in the right place. Note the absence of the fingerprint reader, technology abandoned (for the moment) by Google: the unlocking of the phone is obtainable with the face, through the new infrared cameras positioned on the front of the phone.

Below we can find the technical features of the new generation Pixels; we find the characteristics concerning the standard version and the XL version very distinct (in reality there are very few differences):

The technical sheet is interesting and well balanced, but we must also consider it in relation to the competition: the 64GB version may be too small for those who make many videos and photographs, considering that Google has removed unlimited uploading at the highest quality on Google Photos for Pixel (tip feature up to the previous model).
The processor is fast and offers maximum fluidity to the system but is not the last stop of the range produced by Qualcomm, the screen performs very well on both models, nothing is missing from the point of view of connectivity, there are two stereo speakers for music and hands-free calls, supports wireless charging and fast 18W charging and has one excellent double rear camera, considering also the extraordinary optimizations made by Google on the Camera app (definitely one of the flagships of the phone). The front camera is good, as are the discrete numbers on the batteries integrated on both models: we must not be fooled by such small numbers, given that the system is highly optimized (we will arrive in the evening with practically any scenario of use).
The equipment is completed by the Wi-Fi Dual Band, the latest generation Bluetooth, the NFC chip and the Android 10 operating system, constantly updated for 3 years.

The real strength of Google Pixels is without a doubt the operating system: no one is, in fact, able to exploit the power of the real Android better than these “custom-built” phones. 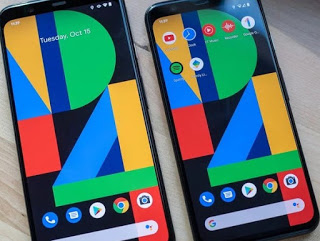 The Google Pixels 4 are to Android as iPhone is to iOS: the Android 10 system (the latest version currently developed) is fast and responsive in every scenario, the interface and the menus are treated in every detail, no superfluous app is present or useless (we find only the starting Google apps), the energy-saving system allows to increase the autonomy even if the lithium battery does not have a high capacity (thanks to the targeted optimizations) and, very importantly, Pixels receive all Android updates first, as soon as Google makes them available.
With Pixels we can also receive Preview versions, which are previews of future Android releases so that we can test them and report any anomalies to Google; this makes it clear right from the start for whom this device is intended, given the care taken in the software part of the system.
Also, noteworthy care for the Google Camera app, which has various exclusive Pixel optimizations to take photos in the dark, photos of starry skies, photos with various subjects and automatically blurred photos, so as to be able to make perfect shots in any lighting condition and with any subject framed.

To buy Pixel 4 or Pixel 4 XL, which are sold at a slightly different price, go to the Google store, press top right on Buy and choose the model we want to buy:

The prices are definitely high, given that in that price range we can also find the top of the range from Samsung (S10 and Note 10) which actually offer the same power but with a customized operating system and perhaps more suitable for a common user who can afford to spend those figures. The Pixel package includes the 18W USB Type-C adapter and charging cable.
On the official Google site for the sale of Pixels, fabric covers are available to make the device more beautiful and to protect it from falls (€ 45), the Pixel Stand for wireless inductive charging (€ 79) and finally for wireless earphones (Pixel Buds 2), for sale at € 180 (unofficial price, probably due to being released in 2020).

Do the Pixels deserve to be bought? Personally, I think the price is still very high, the technical data sheet is good (even if the competition already offers fingerprint readers under the screen and more advanced displays), the design has changed very little compared to the previous Pixel 3 model (so if we have already a Pixel 3 does not make sense to change), the camera is exceptional also thanks to the optimizations of the Camera app. This last point makes us understand that the software, the pure and mutation-free Android, is the real strength of the Pixel 4, as there is currently no Android phone that is clearly better than the others.
If we are app developers, Pixels are the reference point to try the programmed apps. If we are casual users who want to try a high-end phone, we can bet on other phones without regrets, as we could see in our guides on The most powerful and best Android phones of the moment is Best smartphones with a big screen (6 inches or above).

If we want to combine savings and quality, the only way to do this is to focus on a well-made Chinese smartphone, like those recommended in the guide to Best Chinese Smartphone Brands.

Connect your smartphone to the internet via PC