Looking for adrenaline and action? Discover the best espionage themed games available for Android and iOS 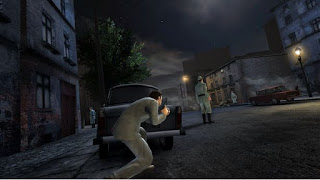 Do you love action-packed and adrenaline-filled movies as you see them in movies or on television?
Have 007 movies or a secret agent starring always fascinated you?
You can bring a part of this atmosphere to your Android or iOS smartphone with games inspired by the world of espionage or movies with a thriller atmosphere.
The games in question will allow you to take on the role of a secret agent or a ruthless killer, and throughout the various missions, you will have to complete increasingly difficult objectives, remaining hidden as much as possible so as not to be discovered.
Fun is guaranteed since many of the games available can work offline, so you can have fun even when you don’t have an Internet connection outside the home or an active data offer.
Below you will find the best spy games of the “Stealth Games” genre for Android and iPhone which I personally tried and which I recommend installing; some of these apps are paid, but the prices are still accessible to anyone.

READ ALSO: Shoot with sniper rifles in sniper games on Android and iPhone

Spy games on a mobile device are by nature very limited since a touch screen cannot completely replace a console controller or the PC keyboard and mouse.
In any case, it is possible to observe the following types of gameplay for this category of games:

1) Puzzle game or puzzle game: this type of game will put you in front of riddles to overcome or will force you to choose a specific path to complete the missions.

2) Stealth: this type of game requires that the user is never seen by the enemy, passing undisturbed near the arena of game and reaching the objective without alerting the guards.

3) Shooter: if you are discovered, you must defend yourself! Games that feature this feature will put an increasing number of enemies ahead of you, to be eliminated with the weapon of your choice.

Some games can boast one, two or all three features I described to you, while others may have a dominant component over the others.

Add to this that some games offer you a real storyline, with intermission footage to enjoy, so as to increase the involvement and the desire to get to the end to find out how the story will end.

The best games to try 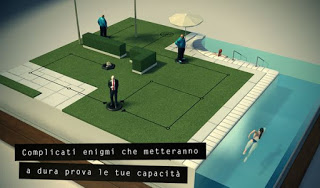 Another game inspired by the successful Hitman series, starring the commissioned assassin called Agent 47, already the protagonist of another highly successful sniper game presented in a guide created on the site.
At the beginning, this game may seem like a very simple board game simulator (puzzle game, as anticipated in the features section), but after a short time, you will notice when this title can be deep.
Hitman GO allows you to immerse yourself practically in the world of Agent 47 with enemies to dodge, unexpected situations, disguises and careful study of the paths to be taken to reach the goal to kill or to pass into the next room.
In addition to the main mission (killing all the targets reaching them on the course without being seen) the game will keep you busy thanks to the challenges integrated in each level, where you will have to use particular weapons, don’t kill any secondary characters or finish the path in less possible moves.
The game is available for a price of € 1.09 for Android and iOS devices.
You can view the game’s download page from here -> Hitman Go for Android is Hitman Go for iOS. 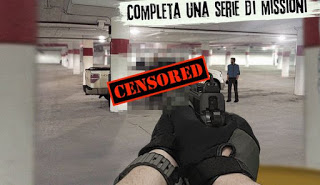 If you love thriller stories with a rich plot and constant twists and turns, I can advise you to try LONEWOLF, another really well-done espionage game available for free for any mobile platform.
In this game, you will play a sniper star of a noir story made up of mysterious missions, with the sole objective of joining the Assembly, an unscrupulous criminal organization.
The graphics of the game are pleasant, as are the intermission scenes that will involve you in the plot as if you were watching a movie.
You can download the game from here -> LONEWOLF for Android is LONEWOLF for iOS.

Space Marshals 2
This is a game different from the others, a good example of the Stealth style Metal Gear Solid, where you have to kill rivals with a tactical fight hiding behind bushes, trees, etc.
Space Marshals 2 can be played for free on Android and on the iPhone.

How to receive faxes on your computer and telephone

How to update the modem firmware to improve speed