Home iPhone Upload music and videos to iPhone from PC 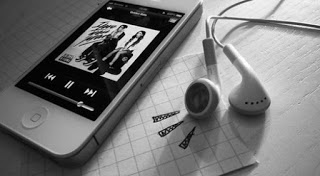 As was the case with iPods, Apple is keen that those who use an iPhone buy music on the Apple Store.
Otherwise, it would not be explained why it is so complicated to upload music and videos to iPhone or iPad using iTunes, which is the official iPhone management program.
With iTunes, in fact, you can transfer music from PC to iPhone, but not vice versa and you must always use the same computer, limiting, for example, the possibility of being able to download on the PC the songs that are on a friend’s iPhone
Furthermore, loading songs and videos on the iPhone are also rather laborious, as it shouldn’t be so basic and simple.
Let’s see together how to use iTunes and the more comfortable alternatives that we can use to upload music and videos to the iPhone without iTunes.

Basically, with iTunes, you must use the function of synchronization to be able to bring music to your portable device.
After connecting the iPhone or iPad to the PC (via cable or wireless), open iTunes and bring us to the section Music, in order to activate the option to synchronize and transfer all the indexed tracks to iTunes on the device.

But don’t press it immediately, otherwise, all the songs are deleted and replaced, on the iPhone’s memory, with those of the current library.
Instead, you have to choose what to include using the various crosses, checking only next to the playlists that contain the songs to load, excluding all the rest, including video clips and voice memos.
Using iTunes to do the automatic synchronization is highly discouraged also because this will start by itself every time you connect the iPhone to the computer and, if badly configured, all the tracks found will be deleted.
Fortunately, on iTunes there is an option in the Summary menu that allows us, as well as activates the connection via WiFi with the iPhone, by manage music and videos manually in order to also load individual songs like you would with a normal MP3 player.

This way you can transfer the tracks by dragging them from the music list to the iPhone icon in iTunes.

To upload music to iPhone they can be used even more easily programs other than iTunes (which must, however, remain installed because it guarantees communication between iPhone and PC), which treat the iPhone like a normal memory to be filled manually with the computer’s mp3 files.
One of them is MediaMonkey, free for Windows and Mac PCs. 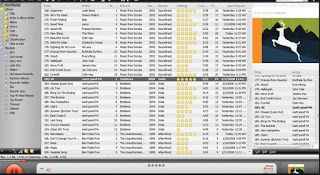 Before using Mediamonkey, however, it is necessary to configure iTunes so that it does not automatically synchronize with the iPhone and, precisely:
– From the menu Edit, go on preferences (If you didn’t see the menu Edit, Press the button ALT) and in the section of the devices or devices, activate the option “Prevent iPod, iPhone, and iPad from synchronizing automatically“.
– From the card Store, uncheck “Automatically download album covers“.
– Connect the iPhone, select it from the top row of buttons, scroll down and deselect the option “Sync automatically when iPhone is connected“.
– Then click on the tab Music in the left pane and uncheck “Sync music” if it is selected.
At this point, you can open MediaMonkey and see the iPhone as a connected device in the main menu on the left.
Click on the tab “Auto-Sync” to choose the tracks that are not selected for synchronization to be deleted from the iPhone.
In Options, you can choose how to import music, how to manage covers and other things.
Once you import the PC music or video folders into Mediamonkey, you can synchronize the iPhone automatically with auto-sync or select the songs, press on it with the right button and press on Send to.
In addition to MediaMonkey, if you didn’t like it or didn’t work as you’d like, there are others alternative programs to iTunes to manage the iPhone from the PC to transfer music, photos, files and everything on the iPhone and also to copy the music from the iPhone to the PC.
These programs all over replace iTunes to insert music on the iPhone, so you don’t have to worry that the sync will make you lose all the songs already loaded.

To transfer PC music to iPhone we still have other two alternative methods, smart and without using special programs.

By subscribing to Dropbox we can have a 2 GB online space on which to upload the songs you want and play them through the same Dropbox app for iPhone.

The music loads from the computer by installing and using the Dropbox client which creates a folder on the desktop in which to insert the mp3 files or other types; currently the Dropbox app supports music files in MP3, AIFF, m4a and wav formats.
On the application, you can also mark which tracks you want to keep on the iPhone’s memory for offline listening, so as not to clog the iPhone’s internal memory in particular if we still have models with little memory (less than 64 GB).

Google Play Music is an excellent app to listen to music on the iPhone but also as a tool to keep the music we have on the PC synchronized on the Apple device.
To use it, simply download the extension for Google Chrome Google Play Music, open the Web player Google Play Music, sign in with our Google account and take us on the path Menu -> Upload music. 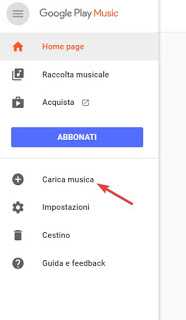 The limit is 50,000 songs so we can really load a lot of songs into this personal music cloud.
Music loaded into Music Manager can then be found on the iPhone in the Google Play Music application, free and without charge; the app is available for free here -> Google Play Music (IOS). 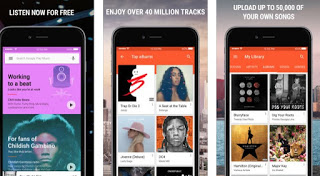 By touching the button with the three dots in Google Music you can then download playlists and songs on the iPhone memory to be able to hear the music even without an internet connection.

READ ALSO: Best app to listen to music on iPhone

Chromebook Spin 514: the new notebook with Acer ChromeOS is coming

Meta: the test for the Reaction by avatar to Instagram Stories has started